The Dorseys do it up right ⋆ Cladrite Radio
Skip to content 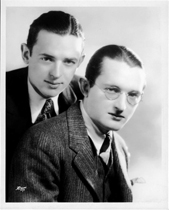