Noirs We Love: Cause for Alarm! ⋆ Cladrite Radio
Skip to content

You’ll want to set your DVRs to record TCM this Friday, January 15, at 2:45 p.m. ET to catch a relatively lesser-known noir that we really like: Cause for Alarm! (1951), which has the unusual twist of featuring a female protagonist, rather than the typical male, who’s fallen into a whirlpool of trouble.

Loretta Young plays a well-intentioned wife whose invalid, delusional and, worst of all, jealous husband (Barry Sullivan) writes a letter that threatens to put her in serious legal jeopardy. We’ll say no more than that, but take our word for it: This is an entertaining, if admittedly minor, example of the domestic noir genre (as far as we know, we just coined that term, but feel free to use it going forward) that is well worth your time. 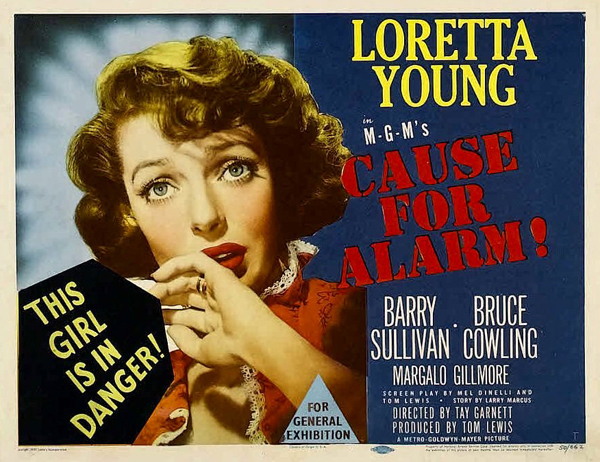