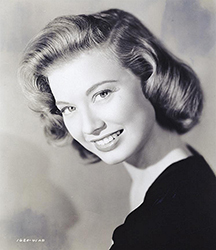 It had an appealing vintage look to it, glass bricks and all, so we turned again to Ms. Google with fingers crossed to see if it had somehow managed to survive to the present day. 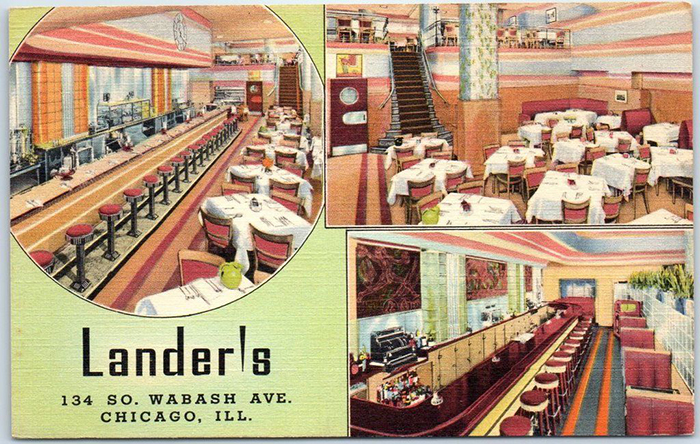 It hadn’t, but there is still a restaurant operating in that location (134 S Wabash Ave., to be specific). Here’s that story, taken from the establishment’s website:

In 1950, three brothers of Greek descent, Pete, Nick and Jimmy Gallios, pooled all of their resources and purchased the flailing Miller’s Pub from the Miller brothers, who had established the bar in 1935. After the purchase, the Gallios brothers did not have the $500 it would have cost to change the sign on the pub, so the name Miller’s remained. In 1953, after finishing his military service, younger brother Vannie worked his way into a stake in the pub. The Gallios Brothers started out with one humble goal- support their growing families. So they rolled up their sleeves, went to work and never looked back. Little did they know that one day their little pub would become a beloved piece of Chicago history….

Miller’s Pub continued to flourish and by 1972 the brothers owned three restaurants on the Adams/Wabash block with Miller’s as the focal point of the family business. In 1989, when the building they were renting was renovated to seat cars rather than people, Miller’s Pub moved into one of their other restaurants, Vannie’s, at 134 S. Wabash and continued their business without batting an eye. 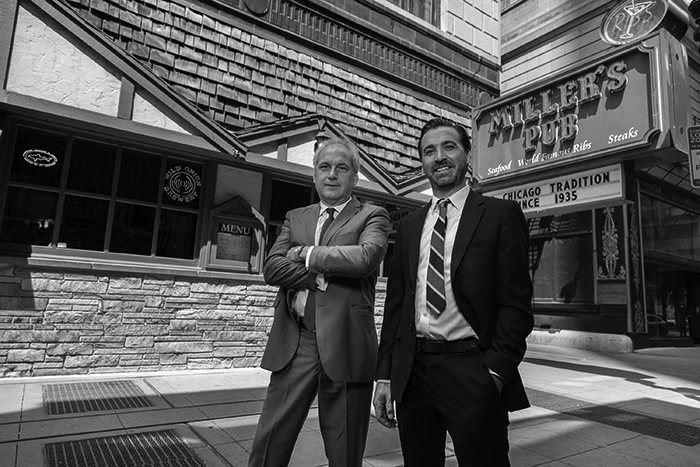 You can bet that when we next visit the Windy City, we’ll be paying a visit to Miller’s Pub (though we wish Lander’s was still in operation) and raising a toast to Scott Brady, Peggy Dow Helmerich and our alma mater.