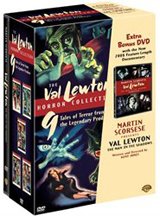 One thought on “A box of creeping dread, at popular prices”