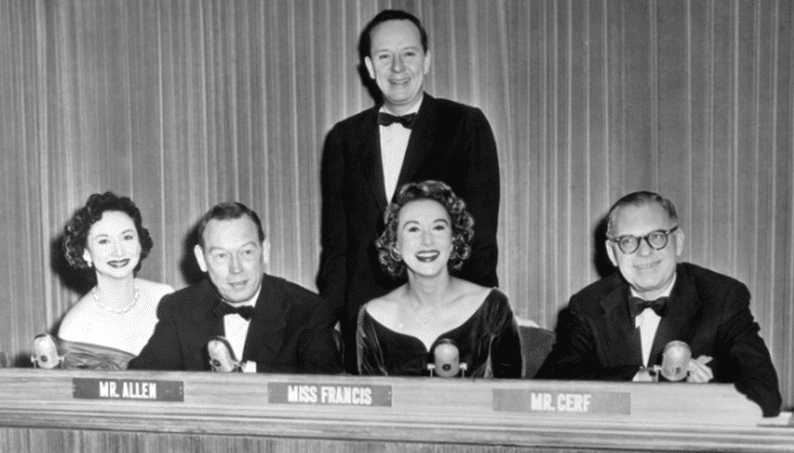 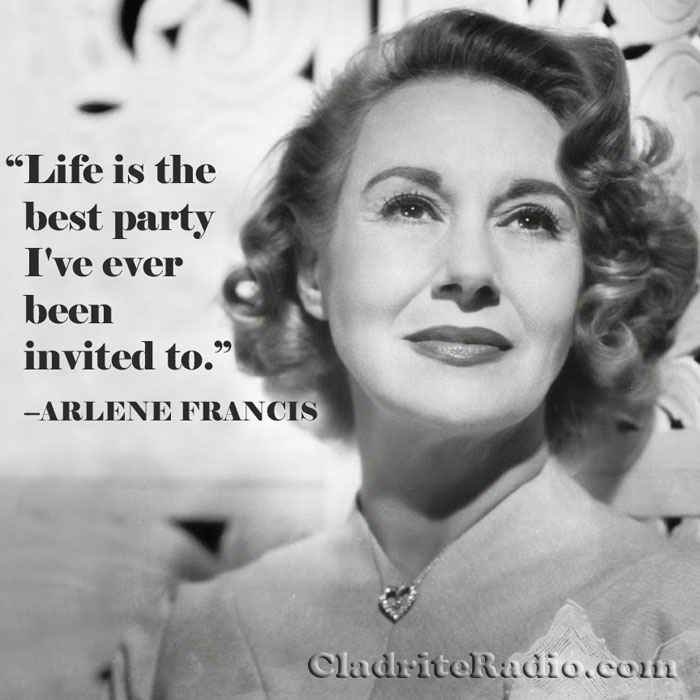 We recently stumbled across a pristine edition of the inaugural issue (February 1955) of Chic, a diminutive publication touted as “the Purse Size Magazine for Women.” We usually think of 1955 as just a bit outside our era of focus, but this cute little pub has a number of fun stories in it, so we’ll be sharing them with you sporadically in the coming days and weeks. First up, a small tribute to one of our favorite gals, Miss Arlene Francis… 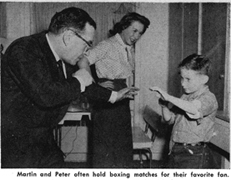 Full-time career woman, Arlene Francis, star of NBC-TV’s daily show Home, is the wife of producer-actor Martin Gabel and mother of 7-year-old Peter Gabel. Arlene’s two men demand a good deal of her time and what’s more, they get it in spite of her heavy schedule. It takes some doing to be both a full-time career woman and housewife, but she does it by careful planning. For, she maintains, “I find that the more I have to do, the more I am able to do. By properly organizing my time, I can accomplish more than I otherwise would if I had plenty of it. The more free time we have, the more, I think, we all tend to procrastinate and put off till tomorrow what we really could do today more efficiently.”

Here is Arlene’s daily stint:
7:00 to 7:45—Breakfast with Peter, who reads her the latest sports news. he attends classes around the corner at New York City’s Hunter School for Advanced Children. Orders food for the day and plan dinner menu.

8:00—Arrives at studio for Home rehearsal.

12:00—Takes a break for lunch and for interviews with the press, sponsors, photographers.

1:30—Goes into rehearsal for next day’s show.

5:30—Dinner with Peter and Martin

7:00—Martin leaves for his job in Broadway play Reclining Figure. Arlene and Peter play together and watch TV or red aloud.

Friday is a special evening. She meets Martin after the show for a midnight movie.

Saturday she shops, plans menus, catches up with household chores and goes to the park with Peter. Sunday is the family’s day together until 6:00 p.m. when she leaves to rehearse for Soldier’s Parade on ABC-TV, on the air at 9:30 (EST). Then she dashes to the CBS-TV studio for What’s My Line? which goes on at 10:30 (EST).