By 1935, when this Snapshot in Prose was first published, Paul Whiteman was a huge star (in both senses of the word) and had been for a decade or more.

Today, he is, in some circles, something of a joke because he was sometimes referred to as the King of Jazz, a title no one would afford him today, and, of course, there have been since and were then musicians who were much greater masters of their respective instruments than was Whiteman, who was more of a spotter of talent than an influential musician.

But as a promoter of talent and an early adopter of jazz music, when there were not as many white musicians playing that new style, he was very important in his day, and remains so today. 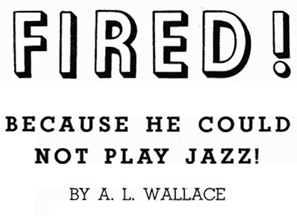