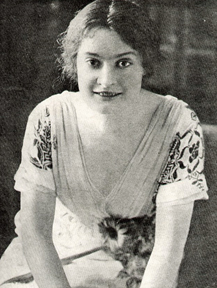 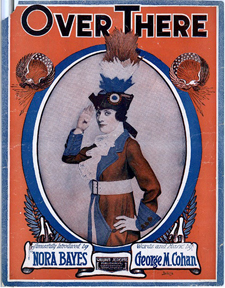 It’s not entirely clear why her fifth husband, Benjamin Friedland, didn’t arrange for her burial sooner. He continued to pay the monthly fees for her temporary…er, digs even after he remarried, and he willingly took on the responsibility of raising the three children Bayes had adopted before she and Friedland were wed.

Friedland never offered a public explanation for the lengthy delay—it’s been suggested (but not confirmed) that he wanted his first wife to buried with him when his time came—and he refused offers from Bayes’ fans and fellow performers to assume the task of making arrangements for her internment. 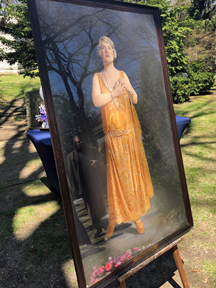 It was only when Friedland died in 1946 that Bayes’ remains were finally interred, thanks to Friedland’s second wife, Louise Clarke Friedland, who purchased a Woodlawn plot large enough for five coffins and buried Bayes and Friedland side by side (the other three spaces remain unused—when she died in 1973, the second Ms. Friedland opted for cremation).

But though Bayes and Friedland were buried, both graves remained unmarked. Until Saturday, that is.

Last year, Michael Cumella, friend to Cladrite Radio and an expert on the popular culture of the first half of the twentieth century, began to do the legwork needed to finally see stone markers placed on Bayes’ (and Friedland’s) graves. Saturday’s unveiling of the markers was the culmination of months of hard work on Cumella’s part (and Woodlawn officials), and it was a festive occasion. Peter Mintun and Tamar Korn performed Bayes’ biggest hits, a number of Bayes’ original 78s were played on an antique windup phonograph, and a portrait of Ms. Bayes’, painted nearly a century ago and purchased (one might say rescued) a couple of years ago at an area flea market, was put on display for all to enjoy.

We like to think that somewhere Nora Bayes is smiling.