We weren’t always big fans of Walter Pidgeon, who was born 118 years ago today. The imposing (he stood just over 6-foot-2) Canadian-born actor can come off at times as a bit stolid, but we eventually warmed up to him.

His movie career began in silent pictures and he was able to make the switch to talkies in large part because he could sing. In the early days of talking pictures, he was featured in a number of now largely forgotten musicals, such as Viennese Nights (1930) and Bride of the Regiment (1930), but he eventually became a reliable leading man in dramas and some comedies—stalwart, masculine, gentlemanly—who could impart a touch of wry humor to roles when called upon.

Happy birthday, Mr. Pidgeon, wherever you may be. 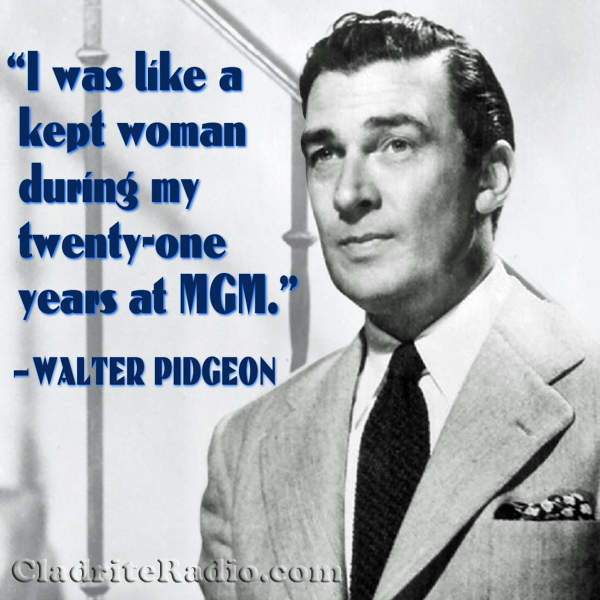