Today marks the 112th anniversary of the birth of one of the giants of big band swing, Artie Shaw. 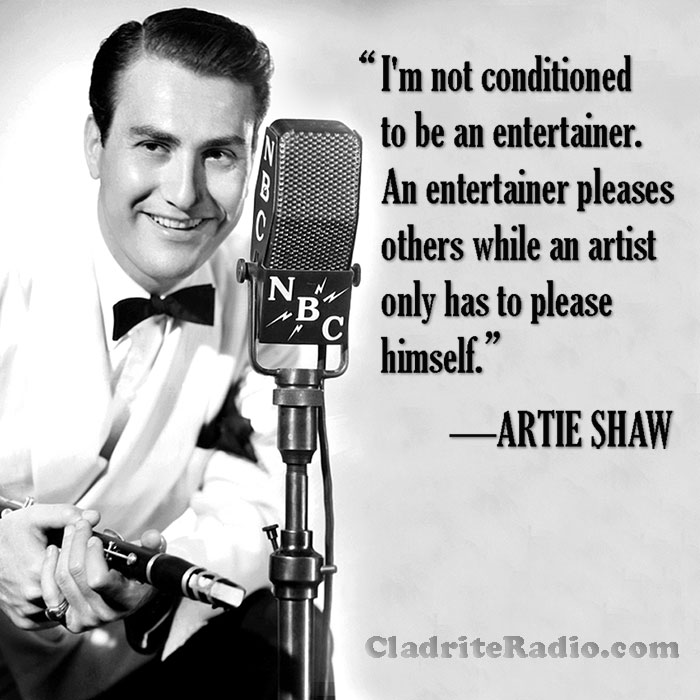 We’re featuring Shaw’s music all day today, so why not tune in now?