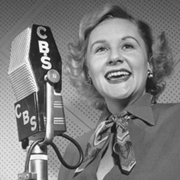 Whiting, the daughter of successful songwriter Richard A. Whiting—he wrote “Hooray for Hollywood,” “Breezin’ Along With the Breeze,” and “Too Marvelous for Words,” among many others—signed a deal as a young woman with family friend Johnny Mercer, who had just launched Capitol Records. Mercer’s gamble, if it can fairly characterized as such, paid off royally, as Whiting went on to have numerous hits in throughout the 1940s and ’50s.

We encountered Ms. Whiting a few times in the 1980s. She occasionally patronized a restaurant on Central Park South where we were tending bar and waiting tables in those days. As a customer, she was amiable enough, but she seemed a bit private, keeping largely to herself, so we have no stories to share of our encounters. 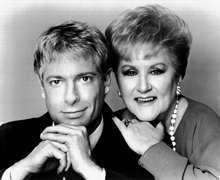 We hope this birthday finds Ms. Whiting in happy spirits and good health. We’re celebrating the occasion by sharing with the Cladrite Clan her first hit, recorded as the vocalist for Freddie Slack and His Orchestra, That Old Black Magic.