The lovely Claudette Colbert was born Emilie Claudette Chauchoin 113 years agao today in Saint-Mandé, France, an eastern suburb of Paris. We saw her perform on Broadway 31 years ago opposite Rex Harrison in a drawing room comedy called Aren’t We All? and it remains among our greatest regrets that we didn’t play Stage-Door Johnny after the show to tell her how we admired her. Here are 10 CC Did-You-Knows:

Happy birthday, Claudette Colbert, wherever you may be! 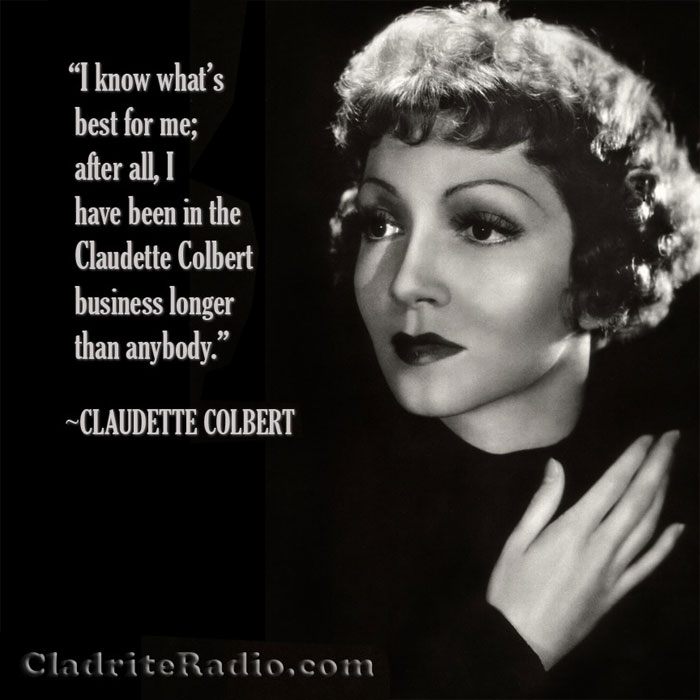