Mary Astor, born Lucile Vasconcellos Langhanke 110 years ago today in Quincy, Illinois, is probably best remembered now for her portrayal of Brigid O’Shaughnessy opposite Humphrey Bogart in John Huston‘s 1941 cinematic adaptation of Dashiell Hammett‘s The Maltese Falcon, but she had an impressively long career, appearing in more than 120 motion pictures, including 45 silent films, and notching more than 30 credits on television in the 1950s and ’60s. Astor won the Best Actress in a Supporting Role Oscar for her work in The Great Lie (1941).

Mary Astor also was the author of five novels, an autobiography and a career memoir.

Happy birthday, Ms. Astor, wherever you may be! 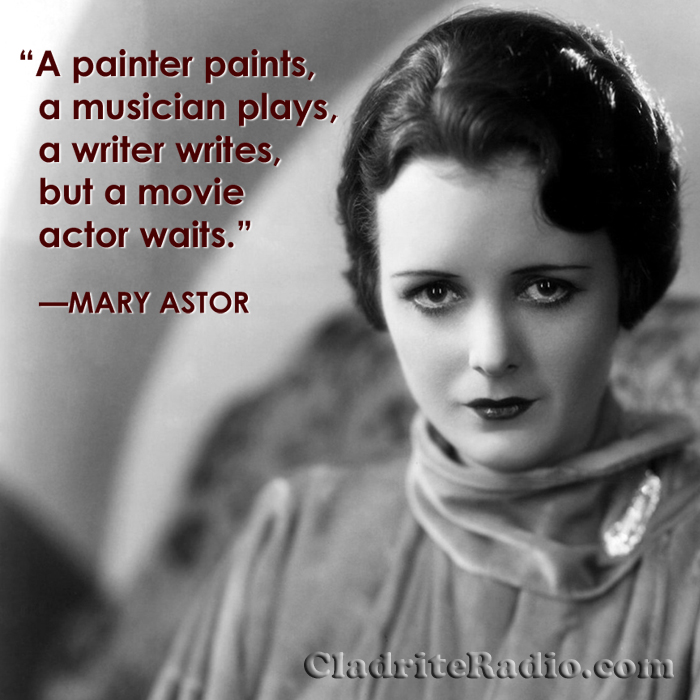