In Chapter Nine of Rudy Vallée’s 1930 memoir, Vagabond Dreams Come True, Rudy tells us about the voluminous amounts of fan he received and assures the reader that the rumor that the correspondence he receives comes mostly from flappers is decidedly untrue.

EXAGGERATION is, I suppose, the life and spirit of publicity. But being a very conscientious New England Yankee, born to state facts as they are, I have chafed under the ballyhoo of many a write-up. One point in particular is a sore spot to me: any mention, however finished or crude, of my fan mail irritates me. There is nothing quite so sacred or quite so wonderful as the tribute of an admirer to the one who receives it and to publicly make mention of this seems to me as brazen and as unpolished as to open another person’s mail. 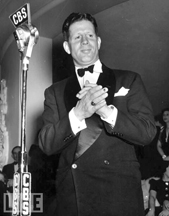