In Chapter 20 of his 1930 memoir, Vagabond Dreams Come True, Rudy Vallée recalls his lonely youth when gals didn’t always appreciate what he had to offer them and explores the impact that fame can have in the arena of romance.

I WAS born with an extraordinary amount of feeling. By feeling I mean something that has many sides and may be expressed in many ways. A person who has this intensity of emotion within, may find an outlet for it through passion and anger, or through artistic work such as painting, sculpture and writing, whether literary or musical. Some of its greatest mediums of expression are instruments of a musical nature, including that most beautiful of all instruments, the human voice. The majority of human beings rarely experience great passion or feelings. If I explain what I mean by “great passion or feelings,” I think it will be seen that I am quite correct. 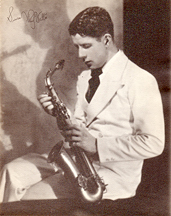