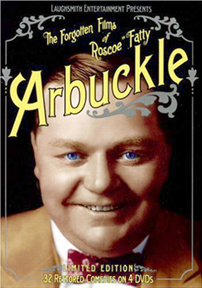 There are several ways to enter for your chance to win one of these limited edition boxed sets. Use the entry form below or…

Enter as many times as you like throughout the month of March. Come April 1st, we’ll announce the lucky winners!

One thought on “Enter the “Free Roscoe” DVD Bonanza!”