365 Nights in Hollywood: Montmartre Memorabilia ⋆ Cladrite Radio
Skip to content
Jimmy Starr began his career in Hollywood in the 1920s, writing the intertitles for silent shorts for producers such as Mack Sennett, the Christie Film Company, and Educational Films Corporation, among others. He also toiled as a gossip and film columnist for the Los Angeles Record in the 1920s and from 1930-1962 for the L.A. Herald-Express.
Starr was also a published author. In the 1940s, he penned a trio of mystery novels, the best known of which, The Corpse Came C.O.D., was made into a movie.
In 1926, Starr authored 365 Nights in Hollywood, a collection of short stories about Hollywood. It was published in a limited edition of 1000, each one signed and numbered by the author, by the David Graham Fischer Corporation, which seems to have been a very small (possibly even a vanity) press.
Here’s “Montmartre Memorabilia” from that 1926 collection. 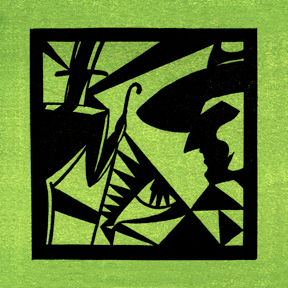 After climbing the stairs a pretty Titian-haired girl with blue eyes gives you a green check for your hat and coat.
Many of the chaps in Hollywood never wear a hat. It is economical, at least.
In the lobby the heavy carpet is checkered with black and white. After ascending two steps at the entrance to the cafe, one is greeted by a tall, black-haired man in a tuxedo.
Paul knows—knows whether one would accept a back table or demand a ring-side seat. That is Paul’s business. He is paid for knowing and reading the size of your pocketbook.
And Paul knows! He’s never missed yet.
The ceiling is very high. Beautiful cut glass chandeliers hang low, exhaling brilliant sparkles from their hidden incandescent bulbs. The walls are cream colored with a velvety finish and of the mid-Victorian period.
The south end faces upon the busy boulevard and is a solid row of high French windows, from which extend small balconies. At the other end the entrance and exit to the kitchen are cleverly hidden by a small backing. In front of this is placed the nine-piece orchestra, under the leadership of the famous composer, Vincent Rose.
The dance floor is a cedar square in the exact centre. There are four corner posts, to which are fastened a gauzy network called “The Shiek’s Tent.” This is drawn together, enclosing the floor after the dancing has begun.
Subdued clatter of dishes. Buzz of conversation. High-pitched laughter and coarse guffaws. Vincent is lightly fingering the piano. Shining teeth gleam between lips of dark red. Gowns of all hues. Shirt studs. Spotlights. Shining hair against the bronzed heads of men.
Fascinating.
The tables are terraced on wide stairs circling the dance floor. Around the walls is a continuous seat with tiny tables for two,—close together.
We are seated.
We exchange stares. It is the habit.
Everyone is trying to guess the identity of everyone else.
That is Hollywood.
A well-known film favorite enters and there is a loud buzz of talk. Praises, knocks, scandal. Everything is very Bohemian, yet there is a certain commercial undercurrent, which, to the true Bohemian, is obnoxious.
The music begins. There is a shoving back of chairs, hastily dropped cigarettes into china ashtrays. The girls effect graceful poses as they saunter to the dance floor. The men wear satisfied smiles. All are splendid dancers.
There is nothing so vain as a man—unless it is a woman!
There is a crazy illusion of whirling colors. it makes one almost dizzy. Everyone is swaying—not always with the music—but swaying. That is enough.
The dance lasts for twelve minutes.
After the dance as the couples drift noisily back to their tables, there is a queer—not altogether agreeable—yet alluring odor of warm bodies and faint perfume, that seems in some mysterious fashion to blend with the gaudy colors.
It is what some people call life—but in reality it is only a mask; to be discarded at will.
Life is not like that.

Seated next to me there is a man, alone. Immediately I like his steady gaze. He could look any one in the eyes I observe. He is awkward; clumsy in the manner in which he sits in his chair.
But the expression of his face makes one dismiss all that. A patient face, heavily bronzed. Brown eyes—almost black—and brilliant. A firm chin, and a nice mouth. His nose well shaped and moulded to suit his face.

Suddenly I felt him looking at me. I flinched. I hoped I had not been staring.
He smiled a faint smile.
I nodded, pleasantly.
Nothing was said.
I like men like that.
The music started again. As the couples strolled out upon the floor, I watched this man, and noted that he examined carefully every dancer. His expression remained unchanged.
I beckoned to the cigarette girl. As she came to the table, the man leaned toward me.
“Let me buy you a cigar,” he said, “I’m lonesome and I’d like to smoke one with you—if you don’t mind.”
I was not greatly surprised. He was the kind of man who could do that and would. I agreed gladly.
First we talked of the cafe, then real estate and the movies. He didn’t know much about California; had been in the state but slightly more than a week. He like it, he said.
He brought up the subject of morals in the movies. Were they as bad as rumors said? He hoped not. He was interested in pictures. Indeed, he was a fan.
I attempted to explain, in a brief manner. It did not satisfy him. I was holding something back and he knew it. Finally he said:
“You never saw me before and I have never seen you until this evening. We do not know each other’s names—and that is very fortunate”—I started to speak, but he held up a protesting hand—“for I shall tell you a strange story.”
The dance had ended. He moved nearer and lowered his voice.
“About a month ago, my wife and I were living apparently very happily in a fairly large city in the Middle West. Clair—that is my wife’s name—had been to Hollywood two years ago. You know Clair is about five years my junior;” and he added whimsically, “I’m not so terribly old.”
“Well, anyway, one day Clair said she would like a trip to Los Angeles. I told her I would, too, but that business had been dull and needed me there practically every day. This perturbed her greatly, and she started to nag. You know how a woman is.
“Finally, I told her she could go, but that I positively could not go with her. That didn’t suit her. She continued to nag,—said I was a tightwad. You know the old line of talk—they really don’t mean it—it just sorta slips out.
“About two days later when I came home to dinner she was gone—and her note said the usual thing—that I didn’t love her. At first I was puzzled and hurt, then I became angry. She had not said where she was going, but I thought I knew, and later I found out from the ticket agent that I was right.”
The clatter of dishes nearby interrupted him for a moment.
“I waited a few days and then I decided to come to Los Angeles. My business didn’t mean a thing if I couldn’t have my wife to work for. So here I am.”
The man heaved a sigh of relief.
He had a load off his chest now. He’d told his troubles.
“What are you going to do—when you find her?” I asked.
“What do you mean?”
“Are you going to take her back—back home?”
He studied me a moment.
“Did you ever love a woman?” he asked.
I shook my head.
“Well, let me tell you this, when I find Clair I expect to find her in a place like this. She loves to dance—and so do I for that matter,—but when I find her, she’ll be tired. She’ll be glad to see me. She’ll come back, all right.
“You know, women are funny creatures. They have certain periods in their lives when they just hate their husbands. They want to flee—and some of them do. A great many of the husbands don’t understand and a divorce follows. But Clair and I would never think of that—never!
“Yes, I know she’ll come back. She may not be ready yet. Maybe she hasn’t had her fun. But that’s all right, I’ll stay and have some with her. She’d want me to. Yes, that’s what I think I’ll do.”
There was silence. I was marveling at such a man—what a husband! A real one!
“You’re thinking about the other man, I know. No, there isn’t any other man. Clair isn’t like that. I wouldn’t shoot him if there was. I’m not that way. I’d wait, she’d come back. I know my Clair.”