365 Nights in Hollywood: Adolescent Adeline ⋆ Cladrite Radio
Skip to content
Jimmy Starr began his career in Hollywood in the 1920s, writing the intertitles for silent shorts for producers such as Mack Sennett, the Christie Film Company, and Educational Films Corporation, among others. He also toiled as a gossip and film columnist for the Los Angeles Record in the 1920s and from 1930-1962 for the L.A. Herald-Express.
Starr was also a published author. In the 1940s, he penned a trio of mystery novels, the best known of which, The Corpse Came C.O.D., was made into a movie.
In 1926, Starr authored 365 Nights in Hollywood, a collection of short stories about Hollywood. It was published in a limited edition of 1000, each one signed and numbered by the author, by the David Graham Fischer Corporation, which seems to have been a very small (possibly even a vanity) press.
Here’s “Adolescent Adeline” from that 1926 collection. 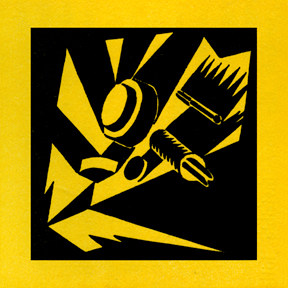 Adeline was seventeen. She felt like twenty, acted like twenty-five and looked like a million dollars! She talked and painted like a chorus girl. She drank and swore and raised hell generally.
Outside of that Adeline was a nice girl—to stay away from.
She was a swell kid.
Adeline hit Hollywood about three years ago—and she hit it hard.
Hollywood had two things to talk about. They were real estate and Adeline. She was the low-down baby.
Adeline came to Hollywood with the same idea thousands of other girls have—to break into the movies and have all sorts of cars and maids.
But Adeline had a tough break. There were about three thousand other females ahead of her. She decided then and there that the movies weren’t what they were cranked up to be.
One morning early, a heavy fog hung low like a milky curtain over the great cinema land. There was something about it that Adeline loved. She looked towards the now invisible hills. An idea. . . .
When the sun had finally convinced the fog which was the stronger, the fog lifted, as silently as it had come, and disappeared.
Adeline peered over the hill, her near neighbor that she had learned to love.
There was something about that hill that particularly attracted her. She asked its name of a girl friend and learned that it was called Whitley Heights.
Her knowledge thus far led to further inquiries. It was a newly-opened real estate tract. Two men were the owners.
Adeline had the germ of an idea, but it took a bottle of gin and a party that night to bring the germ to shape and form under her microscopic imagination.
The next morning Adeline painted herself with unusual care, took a healthy drink of Scotch and danced out upon the busy boulevard, in the best of spirits. That was Adeline.
She went straight to the real estate office of the Whitley Heights tract. There she met one of the partners, who immediately forgot his marriage vows and took Adeline for a joy-ride.
This was going to be easy, thought Adeline.
(It was easy.)
Her bird of prey fell hard. After a series of well planned parties at her bungalow, Adeline had a deed to the choicest lot on Whitley Heights.
She merely compromised him. Now she held the razored hand. If she didn’t get what she wanted, his wife would get alimony, and plenty of it.
(The women simply have to stick together.)
He continued to come around. Adeline considered trimming her bird again, but that was too much.
There was still another way.
Adeline took inventory.
Ye gods! Just slightly over a hundred bucks in the bank!
Her first draw was shoved into the discard. His partner was then taken on, fervently. He rejoiced in Adeline merest smile.
(Such a sap!)
The weeks went by. Adeline borrowed money from him, and he continued to hang around. Finally she did her little act.
Her second bird of prey signed a note and also a check for a beautiful home upon her lot in Whitley Heights.
Adeline was so happy she kicked him and some empty gin bottles out of the back door. Her neighbors laughed and went back to bed. It was only six o’clock—A. M.
One afternoon months later, Adeline lay upon her downy bed in her new home—a home which was the envy of all beholders. It was one of the show places in Hollywood. She had even received a nice check from a postcard company who paid her to be the photographic press agent of her home.
Its stucco shape resembled an old Spanish castle, with wrought iron rust marks showing plainly upon the window mouldings.
The ground surrounding the majestic abode was thickly adorned with shrubs and miniature trees. A white marble fountain played in the patio—at the rear.
The patio Adeline called her “Thinking Spot.” She lay there often upon a chaise lounge, covered with batik pillows. This was where she recuperated and enjoyed what she termed a mental recess.
Later that afternoon as she reclined in the patio, her Chinese maid brought on a silver tray the monthly bills.
“Send them to Jeff,” directed Adeline suavely.
Now, Jeff was a movie director, who was paying handsomely to park his suit case at Adeline’s.
The maid returned shortly to announce visitors. They were the partners—the first and second birds of prey.
Adeline greeted them pleasantly.
They bowed and kneeled beside her.
“Are you satisfied now?” one asked.
Adeline nodded, smiling.
“Just who are you anyway?” the other questioned.
She thought a moment before answering.
“Why, I’m just Adolescent Adeline.”
“Adolescent hell! You’re a veteran!” exploded the first gentleman.
“But that isn’t pretty,” protested she.
“If you’re adolescent, then we must still be in our safety pins, or our second childhood,” agreed gentleman number two.
“You’re not mad?” Adeline questioned, coyly.
“No! We’ve both come back for more!” A chorus this time.
Adeline’s musical voice sounded upon the hill in a tinkling laugh.
< Read "Subtle Suicide Stuff" |Read “Stealing Cupid’s Stuff” >
If you enjoyed this post, please consider
supporting Cladrite Radio on Patreon