Here are 10 things you should know about Anne Shirley, born 103 years ago today. She made more than 65 movies before retiring at age 26.

Here are 10 things you should know about Walter Connolly, born 134 years ago today. Though his Hollywood career lasted just 10 years, he left his mark with strong performances in nearly 50 films.

Here are 10 things you should know about James Burke, born 134 years ago today. The prolific character actor may have played more cops on the silver screen than anyone in movie history. 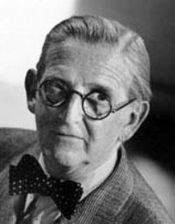