We’re featuring her music all day today on Cladrite Radio so tune in now. 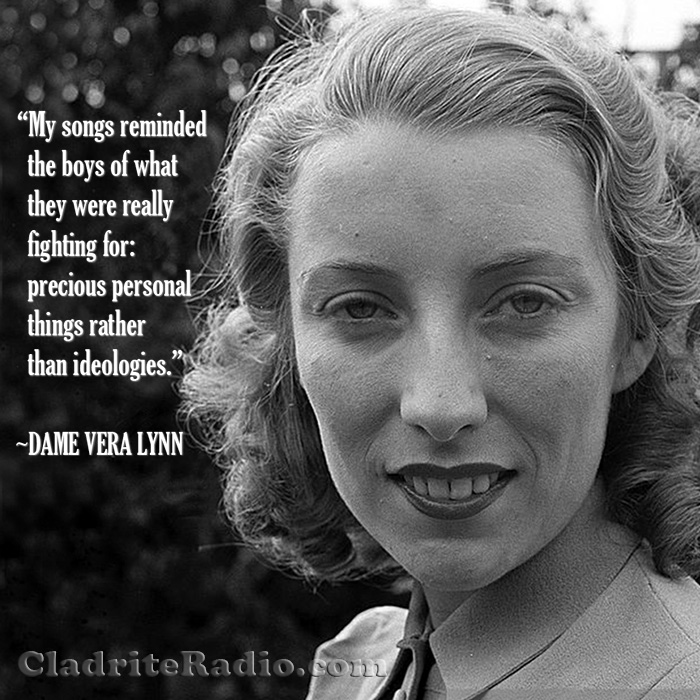 Sad as it is to consider, there are very few performers from the Cladrite Era who are still with us. That’s just one more reason—there are many others—why we should celebrate the life and career of Dame Vera Lynn, who was born 99 years ago this Sunday in East Ham, East London.

Lynn​ is beloved by Britons and people around the world for the songs she recorded during WWII that served to lift the spirits and bolster the hopes of those fighting the war and those who waited prayerfully for their safe return.

Widely known during the war years as “The Forces’ Sweetheart” for her inspiring recordings and her performances for the troops, Lynn has since devoted her talents and energy to charity work on behalf of veterans, disabled children and breast cancer research. In a poll taken in 2000, Lynn was named the Briton who best exemplified the spirit of the 20th century, and in 2009, her greatest-hits collection, We’ll Meet Again: The Very Best of Vera Lynn, reached the top of the charts, making the then-92-year-old the oldest living artist to make it to No. 1 on the British album chart. (An even more extensive collection, Vera Lynn: National Treasure, climbed all the way to #13 on the charts in 2014.)

We’re celebrating Dame Vera’s wonderful life and career by featuring her music on Cladrite Radio through Sunday. If you’re familiar with her work, you won’t have to be convinced to tune in over the next three days. If not, then you simply must listen. You’ll fall in love with her heartfelt, inspiring records just as we have.

Happy birthday, Dame Vera, and many happy returns of the day! 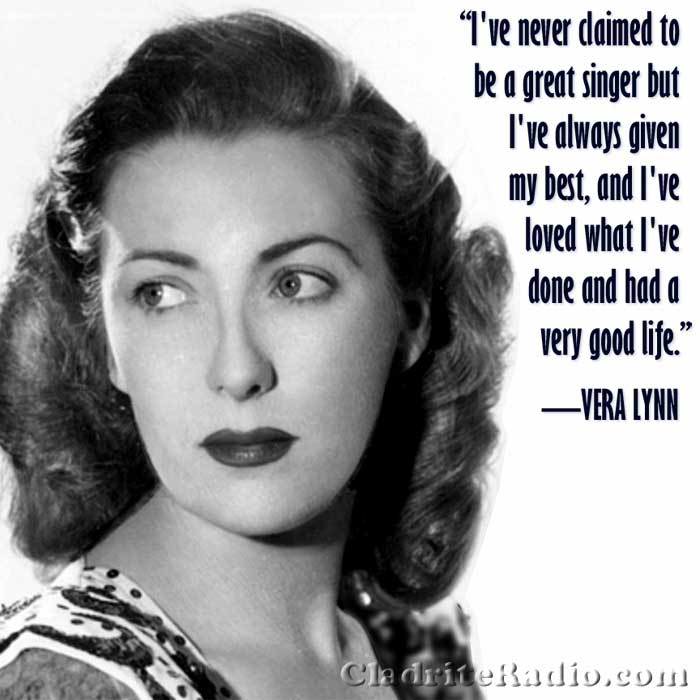 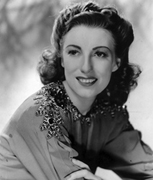 Sad as it is to consider, there are very few performers from the Cladrite Era who are still with us. That’s just one more reason—and there are many others—why we should celebrate the life and career of Dame Vera Lynn, who was born 98 years ago today in East Ham, East London.

Ms. Lynn played a vital role in keeping morale high during World War II, and if the song we’re sharing below didn’t inspire all those fighting men and women (and the loved ones awaiting their return) to keep a stiff upper lip and hold on for happier times, we don’t know what could have. If you can listen to this song with tearing up, you’re a better man than we are, Gunga Din!

Here’s wishing you many happy returns of the day, Ms. Lynn! 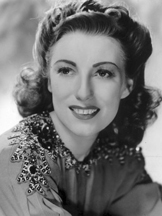 Regrettably few performers from the Cladrite Era are still with us today, but one of the biggest and most beloved stars among them, British songbird Vera Lynn, turns 96 today.

Ms. Lynn was certainly well known in the U.S., but she was (and remains) especially beloved in the U.K. In 2009, she became, at age 92, the oldest living artist to top the British album charts when her greatest-hits collection, The Very Best of Vera Lynn, went to no. 1.

Vera Margaret Welch began performing in 1924 at the age of seven, taking her grandmother’s maiden name as her stage moniker. In the mid-1930s, she was recording with the orchestras of Joe Loss and Charlie Kunz, and she was first heard on the radio in 1935, singing with Loss’s band. 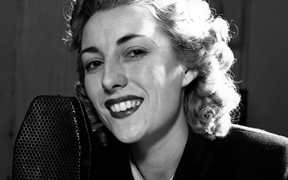 Her first solo record was “Up the Wooden Hill to Bedfordshire” (1936), which took its title from a whimsical term used to describe a child being reluctantly put to bed.

Her career was at its height during the years of World War II, when hits such as “We’ll Meet Again” and “White Cliffs of Dover” warmed the hearts of soldiers at the front and their loved ones back home. She also toured tirelessly during the war, entertaining troops in India, Egypt and Burma. 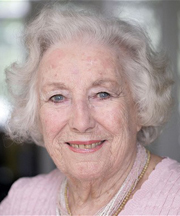 Her recording of “Auf Wiederseh’n Sweetheart” (1952) was the first recording by a British performer to top the American charts; it remained at no. 1 for nine weeks.

She had top ten hits in the U.K. as recently as 1967, and both hosted and guested on television variety programs in the ’60s and ’70s.

Lynn’s last public performance came in 1995, when she sang outside Buckingham Palace as part of a ceremony that marked the golden jubilee of VE Day. In 2000, she was named the Brit who best represented the spirit of the 20th century.

Quite a gal is Dame Vera Lynn, and we know Cladrite readers and listeners everywhere join us in wishing her the happiest of birthdays. Enjoy the songs we’re shared below; we suspect they’ll leave you wanting more.