Here are 10 things you should know about the intrepid Joan Crawford, born 114 (give or take) years ago today. 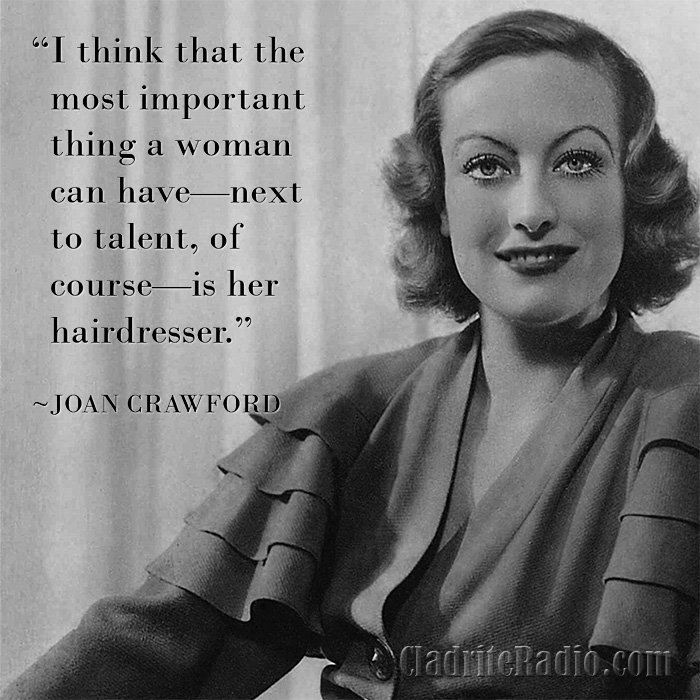 Joan Crawford, born Lucille Fay LeSueur 112 years ago today in San Antonio, Texas, had a Hollywood career like no other. Talk about your highs and lows. She was born in a family of modest means, her parents separated before she was born and she’d had three stepfathers by the time she was in her teens.

Dancing was her ticket out. She wasn’t a trained dancer or in any sense a classical one. She was vivacious and driven and did the popular dances of the day. After winning several dance contests, she was awarded a spot in a chorus line in a touring show, and two years later, she headed west to Hollywood. She quickly started snagging bit parts in pictures, but it was Our Dancing Daughters (1928) that proved to be her big break. Having become a star just at the end of the silent era, she was now faced with the challenge of proving she was able to speak well enough for talking pictures. She was, as her work in her first talkie, Untamed (1929), demonstrated, and it was onward and upward from there. 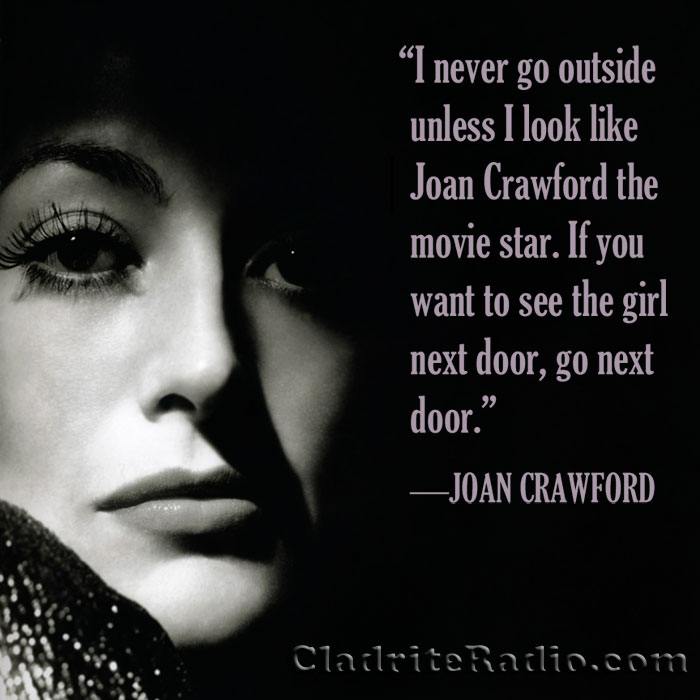 Crawford was one of MGM‘s biggest stars in the 1930s, but by the ’40s, the studio began, as studios were wont to do, awarding the prime roles to a collection of fresh faces, so Crawford for Warner Brothers, where the title role in Mildred Pierce (1945), the noirish adaptation of James M. Cain‘s novel of the same name, gave her fading career new life. She won her only Oscar for her portrayal of the titular loving mother whose hard work and sacrifice goes unappreciated by her selfish, snotty daughter. Crawford rode the wave created by Mildred Pierce for a few years until, in the 1950s, her star again began to shine less brightly. She delivered some of her most over-the-top performances in that decade in pictures that she surely didn’t rate as highly as her earlier efforts, but today’s fans value her films of that decade greatly for the sheer campy fun of them.

Sadly, today Crawford’s remembered as much for her adopted daughter Christina’s unflattering (to put it mildly) portrait of her mother in the memoir Mommy Dearest, and the 1981 cinematic adaptation of that book, with Faye Dunaway as Joan. We may never know just how accurate Christina’s account is—many people who knew Joan Crawford, Myrna Loy among them, insist it’s vastly overblown and unfair—but it almost doesn’t matter at this point: Christina’s depiction of a controlling, easily angered, abusive Joan Crawford is now pop culture lore, and little can be done about it.

Joan Crawford’s final picture was a ridiculous offering called Trog (1970). One has to give her credit for hanging in there, but it’s one picture Crawford surely regretted making. After that, she largely disappeared from the public eye before passing away at age 72 on May 10, 1977.

Happy birthday, Ms. Crawford, wherever you may be!