Here are 10 things you should know about Lizabeth Scott, born 98 years ago today. Her stint in the spotlight was brief, but she remains an icon of film noir.

Here are 10 things you should know about Kirk Douglas, who is celebrating his 103rd birthday today. Here’s wishing him many happy returns of the day! 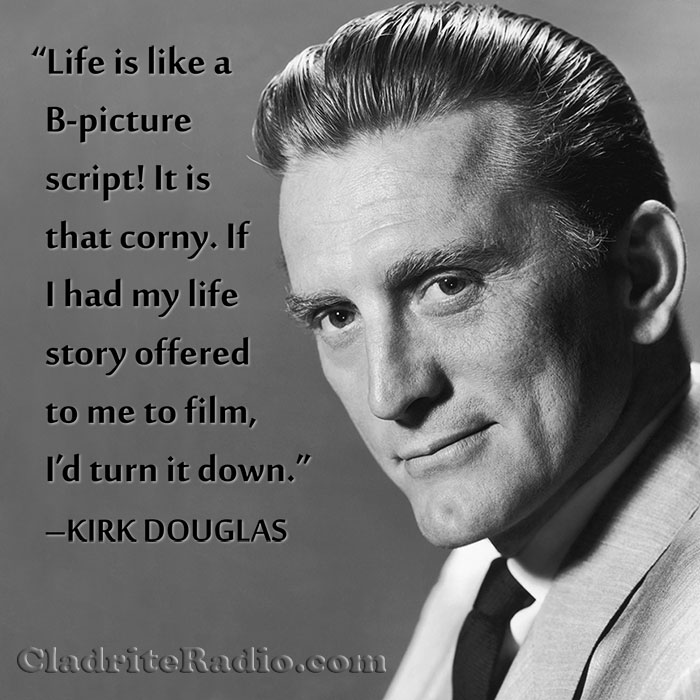 We note often that there aren’t many great actors from the Golden Age of Hollywood who are still with us. That’s why we’re especially pleased to mark the occasion of Kirk Douglas‘s 99th birthday today—because he’s still with us and going (relatively) strong! 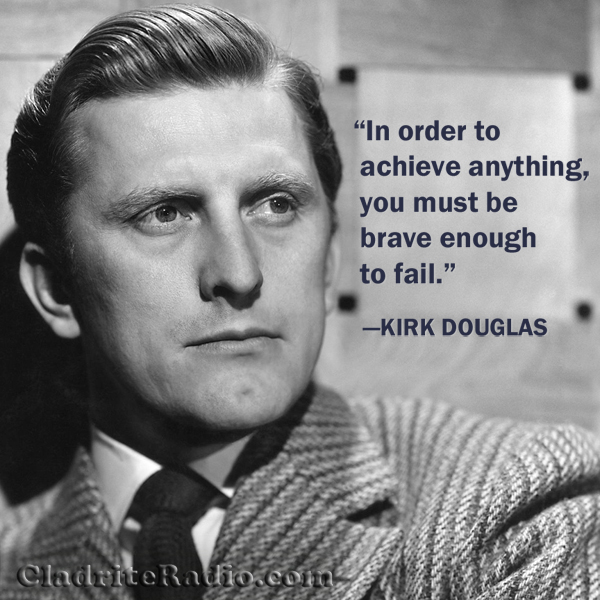 Douglas made many memorable pictures, of course, but we remain most fond of his early work in the film noir genre. His very first screen appearance was opposite Barbara Stanwyck, Lizbeth Scott and Van Heflin in The Strange Love of Martha Ivers (1946) and you could do much worse than to watch that one today in honor of his birthday (it’s available for streaming from Amazon Prime), but our favorite remains Out of the Past (1947), perhaps the pinnacle of noir, in which Douglas stars with Jane Greer and Robert Mitchum. It’s a near-perfect picture, and it’s frankly hard to believe it was just his second film. He’s mesmerizing in portraying a hardened, sadistic gangster who puts up a (nearly) convincingly amiable front.