It was a thrill indeed for us to be on hand in 2001 for a couple of in-person appearances by the great Richard Widmark, born 101 years ago today in Sunrise, Minnesota, during a Lincoln Center retrospective and celebration of his storied career. Widmark was one of the few giants left standing from the Golden Era of Hollywood at the time, and even at 87 and despite his low-key demeanor, he had command of the room.

The years hadn’t changed him much—you’d have definitely recognized him if you’d spotted him on the street—and it was great to hear his modest accounts of his experiences as an actor.

Widmark got his start in NYC in 1938, appearing in radio dramas, and soon moved to Broadway productions before heeding the call of Hollywood. Few actors have enjoy Richard Widmark’s longevity or demonstrated his range. He played really bad guys, really good guys, and everything in between, all with a simplicity and honesty that any actor might envy.

Here’s to you, Mr. Widmark, wherever you may be. 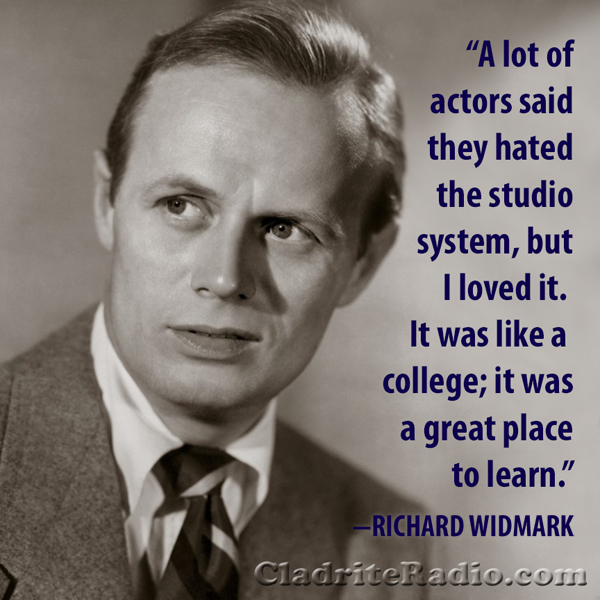