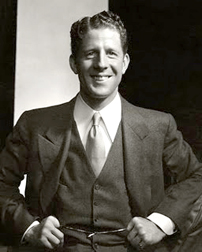 He is an individual with perhaps one of the most thankless jobs that anyone could have and a task that requires more cajolery, diplomacy and salesmanship combined with the ability to take more rebuffs than the proverbial insurance and book agent. From early morning until late at night his hours are spent among artists who might be the means of presenting one or more of his songs to the public.
The history of the success of a song is more complicated than that of a best seller in fiction. A successful song writer must be a keener psychologist, possibly, than any other artist.
In the first place there is the period to be considered. There are Mammy periods, Oriental song periods with subdivisions when Chinese, Japanese and Hindu songs are especially popular; Hawaiian periods; Dixie periods, closely allied to the Mammy periods; periods when the public seems ready for “nut” songs with the lyrics about Fords, bananas, ice cream, and so forth. But the public is always ready for a love song, especially a love song in waltz tempo.
Assuming that the song writer has written the correct song for the period, the next problem is to introduce it to a public spread not only over forty-eight states but over the entire world.
In the old days this tremendous task was accomplished first by vaudeville acts and traveling singers. Later, phonograph records became, with vaudeville, a successful medium. Today the radio as a means of introducing songs to the public is a thousand times more effective than either of those other two, considering that at some radio broadcasts the listening audience may number five or even ten million people. Nowadays a good song can almost be “made” by one or two broadcasts over the giant networks from coast to coast.
Once the song has become successful in America, it is purchased by foreign agents or individual publishers who in turn exploit it by radio and records. The triple hook-up of radio, records and vaudeville is responsible for the tremendous royalties paid to song writers today.
An outstanding example of this is “Sonny Boy” which in a period of a month and a half reached a sale, thanks to Al Jolson’s motion picture, of over one million sheet copies and several millions of records, which nets both the composers and the publishers a pretty penny indeed.
Thus it will be seen that the vaudeville song plugger, or publisher’s representative, who tries to persuade the acts to use his particular tunes in their routine, is practically unnecessary, as is the man whose business it was to take the recording heads out to luncheon and plead with these experts to record his tunes. Today if the orchestra leader can be persuaded to broadcast the tune to his audience of millions, it will, on its own merit go over in the various music stores, whereas the record companies are only two anxious to record the tunes for which there is a great sheet music demand.
Again, most of the vaudevillians have radios and hear for themselves just how wonderful a tune is, or get the effect of a broadcasting of this particular tune.
Then again, the motion sound picture with a reiteration of its theme song reaches almost as many as the radio, since there may be simultaneous showings of the same picture in almost every good sized city throughout the country for weeks.
The song plugger formerly included in his routine visits to the vaudeville artists’ dressing-rooms and the dance hall, where he attempted to persuade the orchestra leader to feature his tune. Often he himself would sing while he stayed there. When you heard a strange singer at a dance you could be pretty sure that he was probably a song plugger.