Tyrone Power was born 108 years ago today in Cincinnati, Ohio. He came from a long line of Tyrone Powers (his great-grandfather was the first of four) and a long line of actors, too, reaching back to the 18th century. Powers kept very busy as an actor on stage and screen (he took a break to serve in World War II), but we think it’s not unfair to suggest that he’s better remembered for his good looks than for his acting work. A quick online search turns up quote after quote from his Hollywood contemporaries commenting on his handsome appearance.

Power died of at age 44 of a heart attack suffered while shooting a dueling scene for Solomon and Sheba (1959). His role had to be recast for that film, though it’s said Power is still visible in certain of the film’s long shots. 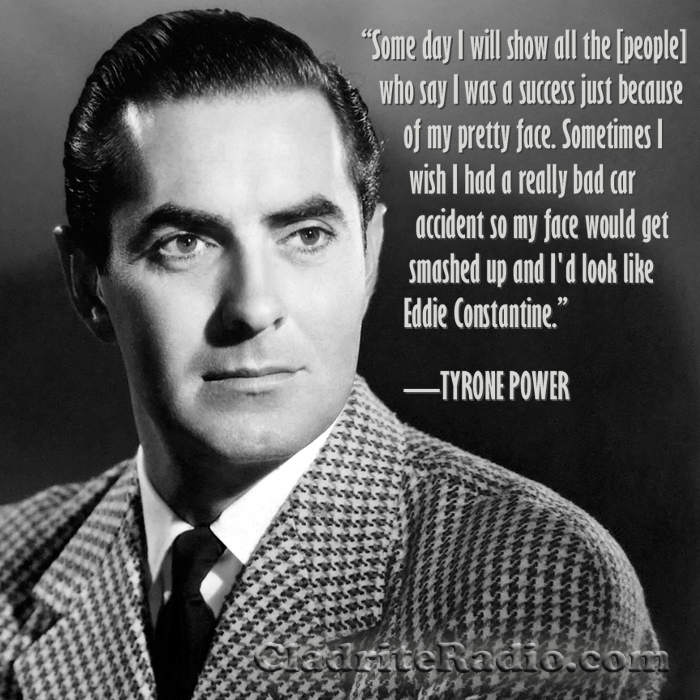