The sublime Annette Hanshaw was born 116 years ago today. For us, she sets the gold standard for songbirds of the late 1920s and early ’30s; we think she’s keen. And throughout the day and well into the evening, we’ll be featuring Ms. Hanshaw’s recordings on Cladrite Radio (even more than we usually do), so be sure to tune in.

Here are 10 things you should know about Annette Hanshaw… 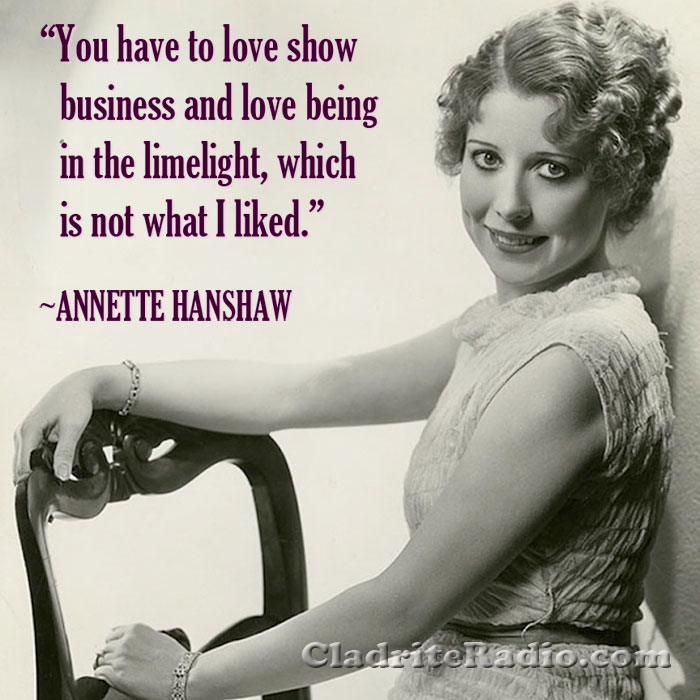