Here are 10 things to know about Edward Everett Horton, born 136 years ago today. His name in the credits is enough to convince us to watch just about any picture he’s in.

Edward Everett Horton, born 130 years ago today in Brooklyn, New York, was one of a small cadre of character actors—we’d include Roland Young and Charles Ruggles in that select group—who could be counted upon to provide a boost to any movie comedy of the 1930s and ’40s in which they appeared, and happily, he seems to turn up in about every third film from that era.

Happy birthday, Mr. Horton, wherever you may be! 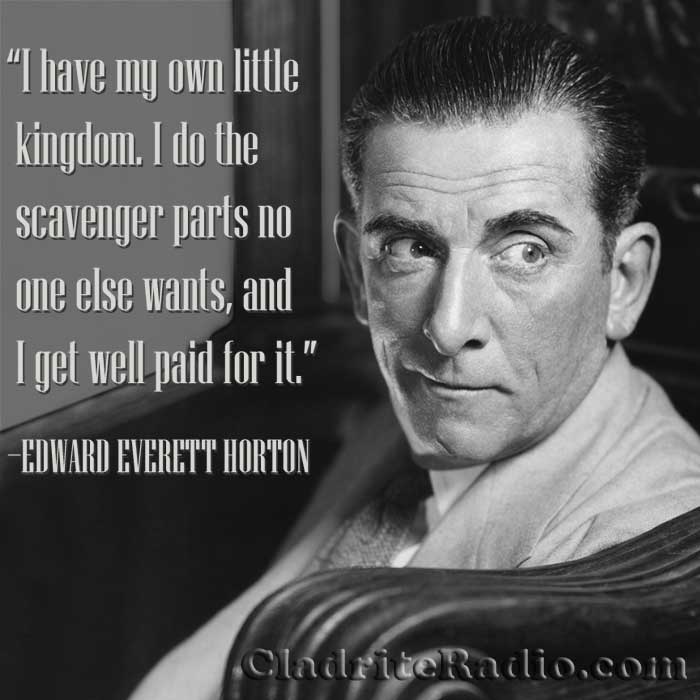