It’s a tough choice, but if asked to name our favorite motion picture of all time, we’d have to say it’s Casablanca​, which premiered on November 26, 1942, in New York City. (You can still visit the theatre where it debuted, but you’ll have to watch the video to learn more about that.)

We rewatched the “La Marseillaise” scene recently, in which a passionate rendition of the French national anthem gives the patrons of Rick’s Cafe Americain a small but satisfying victory over Maj. Strasser and his Nazi henchmen, and though we’ve seen this wonderful movie easily a dozen times (probably closer to two dozen), that scene still gave us chills.

Here are 16 things you should know about Casablanca​, the official movie of Cladrite Radio…

Here are 10 things you should know about the inimitable Peter Lorre, born 118 years ago today. His Hollywood career began with Mad Love and ended with Jerry Lewis’ The Patsy. Quite a journey.

Here are 10 things you should know about Sydney Greenstreet, born 142 years ago today. His film career was brief, but the legacy he left is a lasting one.

Here are 10 things you should know about Warner Oland, born 141 years ago today. He was a talented actor, but his career was very much of its time and likely wouldn’t happen today. 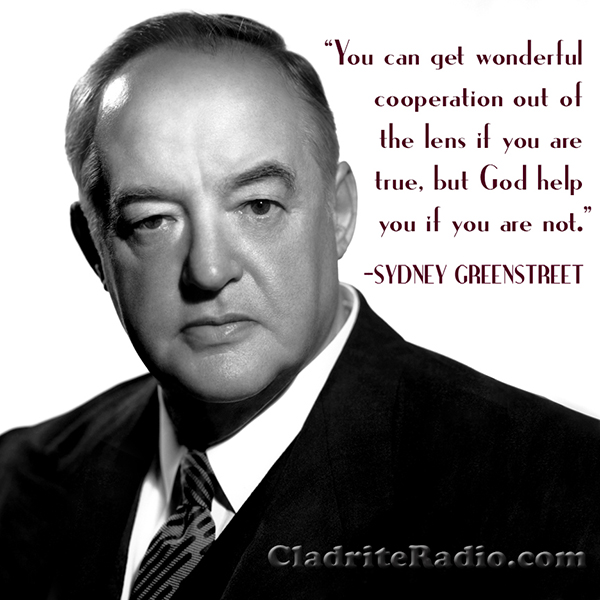