Here are 10 things you should know about Hope Emerson, born 125 years ago today. An imposing figure at 6’2″ and 190 pounds, she enjoyed success in vaudeville, burlesque, on Broadway and in pictures, nightclubs and television. 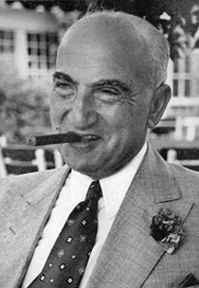 The Merry Widow was all the theatrical rage at the time, and because Maxim’s of Paris was featured in that comic operetta, Keller adopted the name for his new restaurant. Keller even dressed his staff in faux Old World attire, as did the Paris Maxim’s.
END_OF_DOCUMENT_TOKEN_TO_BE_REPLACED