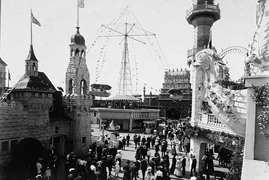 One thing we especially love about New York is that not only is it a city with a rich history, its denizens (or, at least, a reasonably high percentage of them) remain fascinated by that past, even as they keep an eye cocked toward the future.

A fellow we used to know, who hailed from London but came to deeply appreciate New York City, once wrote, “Even New Yorkers who have lived here all their lives are happy to sit back and chat away about the place as if they’d just come across it. It’s a regular topic of conversation. And what’s nice is that it’s neither particularly narcissistic nor self-loathing, this chatter, but more curious and delighted.”

Which, for our money, sums up nicely the way many, if not most, New Yorkers feel about the city.

If you’ve even a little interest in New York’s past, present and future, we encourage you to pick up this week’s New York magazine. You can find it at any decent newstand or, one would think, your local library.

It includes a lengthy and multi-faceted feature entitled “The Greatest New York” that is a must-read for anyone with even the slightest affection for the greatest city in the world.

Only a bit of the lengthy feature appears to be available online (after all, they’ve got to move some magaines), but we found one particular section that appealed to us and will interest the Cladrite community, too, we’re convinced.

Give it a look and if it piques your interest, you’ll definitely want to pick up a copy of the magazine.