Here are 10 things you should know about Phillip Terry, born 112 years ago today. He was never a top-tier star, but he worked steadily over a career of nearly 40 years.

Here are 10 things you should know about Hugh Marlowe, born 110 years ago today. In a career of more than half a century, he enjoyed success on stage, in film, in radio and on television. 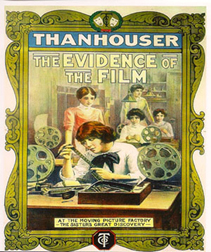