We have long counted memorable, artistic movie posters among the attributes of the movie-going experience that have declined over recent decades. Most of the cheesily Photoshopped efforts of today simply do not, for our money, stack up. 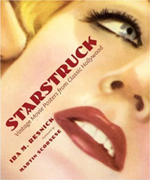 For me, and anyone who grew up before a certain time — sometime in the 1980s, I’d say — posters were a key part of the moviegoing experience. You’d walk through the lobby, and you’d look at the poster, usually accompanied by lobby cards and often by stills and promotional language, of the film you were about to see, and the one that was coming next. You’d hold and absorb the image in your mind’s eye. Part of the excitement then was in watching the actual film and comparing it with the possible or likely film you’d conjured up during the few seconds you’d looked at the poster.

The poster was meant to embody the film, but you always knew it was somehow outside the film, too. It had to give you some sense of the picture, but it also carried its own mystery and romance….