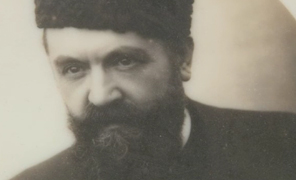 Imagine your great-great grandfather (depending upon your age, you might need to add another great or two) had, upon his passing, decreed that the family home be boarded up, preserved just as it stood when he died, and left undisturbed for a century.

If that had happened, wouldn’t you, as one who has in interest in life as it was once lived, be champing at the bit to gain access to that space, once the prescribed hundred years had passed?

That’s just what happened in a small burg in France. Louis Mantin, a well-to-do gentleman, donated his home, a residence termed “opulent” by the BBC, to the town of Moulins on the condition that it be made a museum a century after his death, which occurred in 1905.

His home, the exterior of which had naturally fallen into disrepair, has been restored and now is a sort of walk-through time capsule of a comfortable fin-de-siecle life.

Learn more about the story and enjoy a video tour of the house at the BBC web site.