Here are 10 things you should know about Berton Churchill, born 146 years ago today. Though he spent just a decade in Hollywood, he enjoyed a remarkably prolific career over that span.

We love the rapid-fire repartee and lovably shady characters that will forever be associated with Lee Tracy, born 122 years ago today. Tracy’s one of the few actors whose involvement in a picture is sufficient to convince us to watch. Show us his name in the credits, and we’re on board, no questions asked. 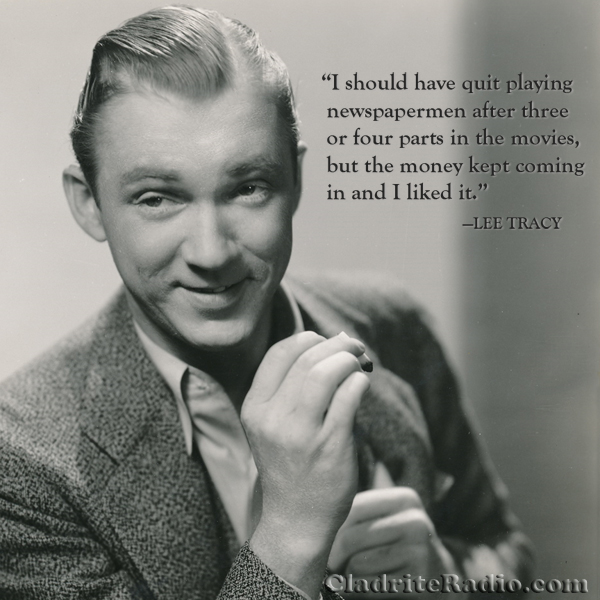 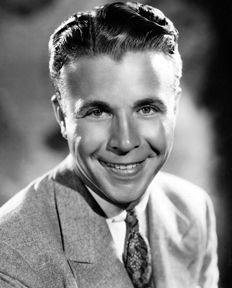 Dick Powell, who would be 109 today, had a remarkable run as an actor and performer. He started as a band singer (we play his records here on Cladrite Radio) and went on to star in dozens of early musicals, many opposite the gal his career was closely associated with, Ruby Keeler.

But when his boyishness began to fade just a bit (and he began to crave some meatier material), he successfully made the move to playing tough guys in thrillers and films noir.

In fact, you could probably win a few bar bets by asking who was the first actor to play tough-guy private dick Philip Marlowe on the silver screen. Not many would guess it was Powell, but it was, in Edward Dmytryk‘s Murder, My Sweet (1944), which was based on Raymond Chandler‘s Farewell, My Lovely. Powell eventually moved on to directing and producing for movies and television.

On top of all that, he was even married to that swell dame Joan Blondell for a good many years.

A mere boy singer, Powell most certainly was not, but it’s a clip from that phase of his career that we’ll share with you today, on the occasion of his birthday. It’s Powell, Keeler, and a slew of showgirls performing “I Only Have Eyes for You” in the delightfully bonkers finale from Busby Berkeley‘s Dames (1934).