Mary Miles Minter Archives ⋆ Cladrite Radio
Skip to content
The fifth chapter from Hollywood Undressed, a 1931 memoir attributed to the assistant of masseuse and health guru Sylvia Ulback, a.k.a. Sylvia of Hollywood (but actually ghost-written for Sylvia by newspaper reporter and screenwriter James Whittaker), tells what happens when Sylvia signs an exclusive contract with actress Mary Duncan and gets on the wrong side of director F. W. Murnau. 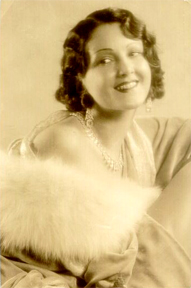 When Mary Duncan came along in 1928 and wanted to sign up for Sylvia’s exclusive services for a half-year, we were all against it—except Sylvia herself. A contract to massage anyone morning, noon, and night is worse than getting married. After all, a woman’s husband can get away from her some of the time. But a woman’s personal masseuse dresses her, undresses her, soothes her to sleep, spanks her awake, and (if the contract includes dietary work, as with Mary Duncan it did) watches every bite of food that goes down her throat three times a day.
I always figured that the real trouble between Mae Murray and the boss was that everlasting intimacy. They were bound to get sick of the sight of each other. It’s bad enough, in this massage business, to have to see the world without shirt and without manners. The only thing that makes it bearable is the variety when the practice is general and consists of a dozen different patients a day.
All of which I said to Sylvia, and much more—but you can’t do anything with a Norwegian.
The opposition, which was giving Sylvia the arguments why she should take up Mary Duncan’s offer, was represented by Sophie Wachner, the dress designer at Fox Studios, where Miss Duncan was starring. Miss Wachner had her own reasons for wanting Sylvia to go to work on Duncan.
“I can’t fit dresses to Mary any more on account of her hips,” was the way Miss Wachner put it up to Sylvia. “So, do a fellow a favor, Sylvia, and fit Mary to the gowns.”
It was a rush job. They were starting to shoot the silent picture called “Our Daily Bread.” The great German director Murnau was in charge, and Mary Duncan was doing the rôle of a city girl who marries a farmer and gets all messed up in some labor troubles about farm hands having nothing to look at but miles and miles of Oregon wheatfields—and you can’t blame them, not after you’ve been on location in those same wheatfields for over a month. You never saw the picture? Sure you didn’t. It was one of the last silents and it was finished just in time to get tossed into the wastebasket on account of the sound screen coming in.
Sylvia had a small part of the blame for the trouble Fox had with that picture. But that’s part of the story.
Well, Sylvia went over to the Fox Studios and though she promised not to commit herself before she left, we all knew that she was crazy to go on location with Mary Duncan and we weren’t surprised when she came home looking sheepish and with an ink stain on her finger, where she had held the pen that signed the contract.
It seems that Sophie Wachner did a job on Sylvia as soon as she get on the Fox lot. Took her into the wardrobe department and showed her the dresses Mary Duncan was wearing in the opening shots, which they had been doing in the studio. Well, Mary Duncan had been putting on an inch a day around the middle, and those dresses had been let out until the waistlines were as full of V’s as a backgammon board. Sophie Wachner was at her wits’ ends, and was tearing her hair.
In her dressing room, Mary Duncan was another picture of woe—and a reasonably attractive one. From any average point of view, there was nothing at all the matter with the girl. But the camera’s is not the average point of view. Somehow, a lens always adds ten or twenty pounds to the truth. The result is that the movie girls have to be actually underweight—considerably so. On the other hand, they mustn’t show bones. So the type that is most readily selected for film work is the small-boned girl, short of stature, on whose underlying skeleton even a small amount of meat looks like a nice job of padding. And the small-boned short girl is the very type most prone to develop along the lines called buxom. Mary Miles Minter, whose misfortunes caused her to let go and become what nature willed, has turned out now a plump and roundish little person—typically the figure that the majority of Hollywood girls would be but for strenuous battling against the tendencies of nature.
So Mary Duncan was in nothing worse than blooming health—and yet the Fox people were frantic.