Here are 10 things you should know about Marlene Dietrich, born 121 years ago today. Though she often played the libertine, she demonstrated generosity and courage during World War II.

Here are 10 things you should know about Brian Aherne, born 120 years ago today. He enjoyed success on stage, in pictures, in radio, on television and even publishing.

Here are 10 things you should know about George Macready, born 122 years ago today. He had a knack for portraying elegantly villainous characters.

Here are 10 things you should know about Setsuko Hara, the featured actress on TCM’s Summer Under the Stars on Thursday, August 19, 2021. Beginning at 6 a.m. ET, they’ll be showing 11 of her films over 24 hours.

Hara was one of the greatest actresses in classic Japanese cinema, and the movies TCM will be airing were directed by a quartet of legendary directors—Yasujirô Ozu, Akira Kurosawa, Mikio Naruse, and Keisuke Kinoshita—so we recommend you clear a bunch of space on your DVR. 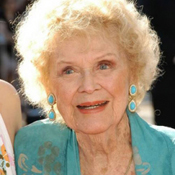 You and your second husband, Arthur Sheekman, were good friends with Humphrey Bogart and Mayo Methot, his wife at the time. What can you tell us about Bogie that we might not know?
END_OF_DOCUMENT_TOKEN_TO_BE_REPLACED