Jackie Saunders Archives ⋆ Cladrite Radio
Skip to content
Jimmy Starr began his career in Hollywood in the 1920s, writing the intertitles for silent shorts for producers such as Mack Sennett, the Christie Film Company, and Educational Films Corporation, among others. He also toiled as a gossip and film columnist for the Los Angeles Record in the 1920s and from 1930-1962 for the L.A. Herald-Express.
Starr was also a published author. In the 1940s, he penned a trio of mystery novels, the best known of which, The Corpse Came C.O.D., was made into a movie.
In 1926, Starr authored 365 Nights in Hollywood, a collection of short stories about Hollywood. It was published in a limited edition of 1000, each one signed and numbered by the author, by the David Graham Fischer Corporation, which seems to have been a very small (possibly even a vanity) press.
Here’s “Lem Bardi, Unlimited” from that 1926 collection. 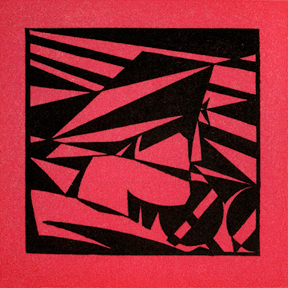 Lem Smith had changed his name!
But it didn’t matter. Hollywood had not formally met the actor yet, anyhow.
Lem had seen Leo Carrillo in Lombardi, Ltd., once, and the title had always stuck with him.
In his own egotistic mind he was the one and only juvenile for the screen. Thus his sudden departure from Texas for Cinemaland.
He had written Harold Lloyd and Tommy Meighan that he was coming. But he supposed they were busy working and couldn’t get away from the studio, as they had not greeted him upon the arrival of the train.
Neither had Sam Goldwyn or Carl Laemmle.
As Lem walked up from the station he passed a sign which read: “Cards Printed. 50c Per Hundred.”
Twenty minutes later Lem was carefully holding a smalls stack of cards bearing the inscription:
“Lem Bardi, Unlimited.”
Lem was a wise guy. He inquired the way to Hollywood. A newsboy directed him west, but Lem was a wise guy to city fellows, so he went east.
He got on the wrong car.
Lem was a wise guy!
Two hours later Lem had his first view of the film village. But there were no celluloid friends in sight. At least none of the stars were out. Lem knew them all.
Lem strolled down the boulevard nonchalantly.
He stopped to gaze into a window.
Jackie Saunders spoke to him. She told him to get off her foot!