Hotel Christie Archives ⋆ Cladrite Radio
Skip to content
Jimmy Starr began his career in Hollywood in the 1920s, writing the intertitles for silent shorts for producers such as Mack Sennett, the Christie Film Company, and Educational Films Corporation, among others. He also toiled as a gossip and film columnist for the Los Angeles Record in the 1920s and from 1930-1962 for the L.A. Herald-Express.
Starr was also a published author. In the 1940s, he penned a trio of mystery novels, the best known of which, The Corpse Came C.O.D., was made into a movie.
In 1926, Starr authored 365 Nights in Hollywood, a collection of short stories about Hollywood. It was published in a limited edition of 1000, each one signed and numbered by the author, by the David Graham Fischer Corporation, which seems to have been a very small (possibly even a vanity) press.
Here’s “Enterprising Ernie” from that 1926 collection. 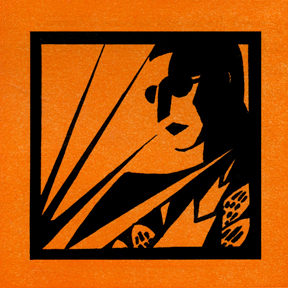 The gang was standing in front of the Christie Hotel. It was nine o’clock and hot. Women passed in organdie dresses and men were coatless.
A tall chap with black curly hair said something about Lon Masson, who had quitted this life via the gas route.
Jay, a smart fellow, remarked that he’d be willing to lend another quarter for the gas meter to several fellows he knew for the sake of the community.
Masson had been a gay, handsome fellow and—well, everyone liked him. That was enough in Hollywood. You could eat regularly and perhaps dress cleverly. Everyone admired Lon. He was a “swell guy.”
One morning after a word bout with a certain movie actress, Lon wrote a note saying he was tired—tired of life with all its discouragements and all the rest of the junk. Then he turned on the gas. Slowly he passed into unconsciousness.
Two of his pals found him. They rushed him to a hospital, but it was too late. They read the note. He left everything to the girl.
The newspaper reporters got excited about the latest Hollywood suicide. Funny that people are just as likely to kill themselves here as in Oshkosh. (But of course Oshkosh hasn’t several thousand press agents.)
Everyone was talking about Lon—poor Lon.
He had said in the note not to lose your sense of humor.
No one seemed to think of his sense of humor. Maybe a few did, but if they did they kept it to themselves.
Lon was subtle.
The note said he left everything to the girl.
His mother was in Havre, France. Many grotesque tales have been written similar to that which Lon had enacted in real life.
Lon had written the last line of a de Maupassant story.
Lon’s mother was coming to Hollywood—to the land which took her son—her only child—from her. What would be her impressions?
Hollywood waited—waited with deep-felt condolence. And welcomed her, with her aching heart and her eyes filled with tears.
Poor Lon!
The note said he left everything to the girl.
Poor Lon!
He had nothing to leave.
A few smile sadly at Lon’s subtle manner.
Poor Lon!
< Read "Enterprising Ernie" | Read “Adolescent Adeline” >