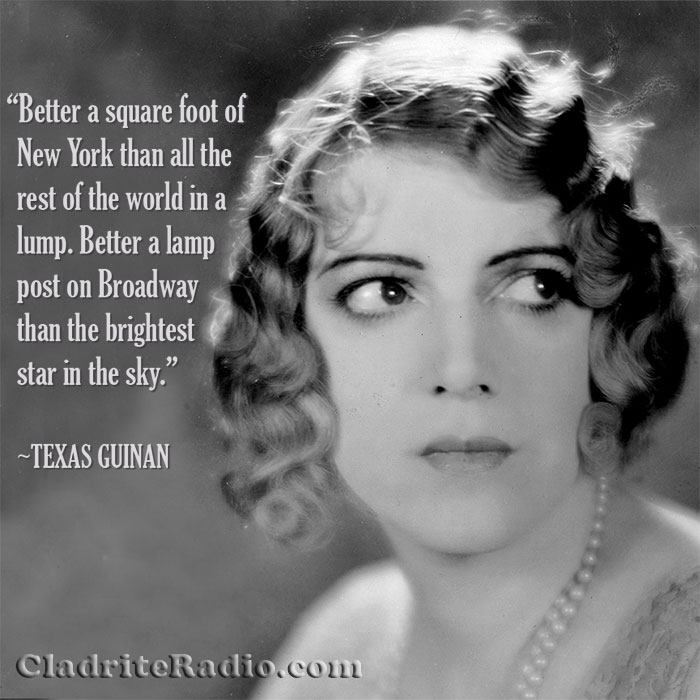 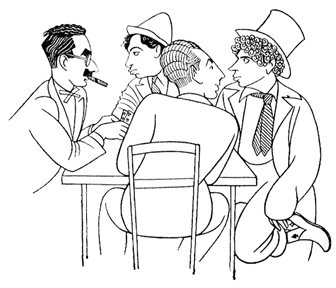 END_OF_DOCUMENT_TOKEN_TO_BE_REPLACED

BELIEVE IT OR NOT

THERE‘s always a woman in the case. And the Theatre Guild has HELEN WESTLEY. 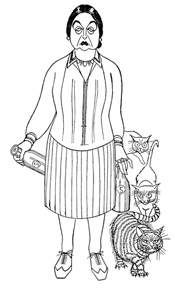 Her full name is Henrietta Remsen Meserole Westley. She comes from a clan of prim old Huguenots. Two streets in Brooklyn, Remsen and Meserole, are named after her ancestors.
Is downhearted because men look upon her in a motherly fashion.
For years her stage was the back room of Greenwich Village cafés and bookstores. She wandered in, strutted her stuff and wandered out—a will-o’-the-wisp. One evening a group of intellectuals planned to start a theater. This little elf entered and this time she didn’t leave. Today she’s a trade-mark.
Her passion is reading subtitles aloud. Talking pictures annoy her.
She believes in God and is a member of the Dutch Reformed Church.
Claims she is a good luck piece of the Guild. Must have a hand in everything they do. She played in both Strange Interlude and Faust the same evening. Merely left one play about the third act, hurried down the street with makeup on and went on in the other.
Her purse is large enough to pass as baggage at any hotel. It always contains a mess of bills, cosmetics, letters, keys, bric-a-brac and ashes.
Flowers, she thinks, are horrid. Her summer home, a shack at Croton, is surrounded by weeds.
Haunts second-hand stores. She detests breaking in new garments. Her shoes are one size too large. At present she is wearing a cane.
Likes to use big words in conversation. The listener generally doesn’t know what they mean.
She never gets peeved. Is always quaint.
Adores babies and makes special visits just to pinch their cheeks. She has a gentle pinch.
Went to Paris once. Drank milk of magnesia all the way over so she wouldn’t get seasick. Stayed eleven days and never went outside of Montmartre.
Envies Heywood Brown for his ability to dress better.
The only restaurant she ever liked was in Chicago. Raved about it for five months. Then arranged a supper party there. Paying the railroad fare of four guests. Arriving, she learned the restaurant had been closed by the Health Department.
Studies Yoga philosophy.
Belongs to over twenty freak societies. With the hope that some day one of them might amount to something.
Calls upon her friends without notice. And whenever the desire seizes her. Regardless of the time. Thinks nothing of returning a book at three in the morning.
She buys costumes from old Theatre Guild plays and uses them for street clothes.
Her most precious possession is a jade necklace. Whenever she gets another piece she adds it up to the necklace. It now hangs about her knees.
Before her daughter, Ethel Westley, was born she attended the Metropolitan Opera House and visited the art museums weekly so the child would be artistic.
She claims she was the first modern woman.
Traffic doesn’t bother her. When wishing to cross a congested avenue in a hurry she merely lets out a terrific shriek. People as well as autos stop.
She feels she should know more policemen.
Goes for long walks with a bottle of milk under her arm and feeds stray cats. While on these journeys she also buys liver for dogs. The delicatessen store near the Guild Theatre has a standing order to feed all stray cats and charge it to her milk fund.
Thinks the North was right in the civil war.
When her daughter was to be married the entire Theatre Guild acting asked her what Ethel would like for a wedding gift. She replied: “Ethel is very fond of coffee pots.” Ethel received thirty-eight coffee pots.
She groans when she walks up a flight of stairs.
She washes herself with oil.