In Herman Raucher‘s coming-of-age novel Summer of ’42, his teen-aged protagonist has a big crush not on Lana Turner, Betty Grable, or Rita Hayworth, but on Penny Singleton, best known for portraying Blondie, wife to Arthur Lake‘s Dagwood in a long series of comic B-pictures.

We have a similar little thing for Una Merkel, whose 114th birthday it is today. Una came to specialize in playing second bananas, but she was certainly not without her own charms, not the least of which was her Southern drawl.

Here are 10 things you should know about Una Merkel… 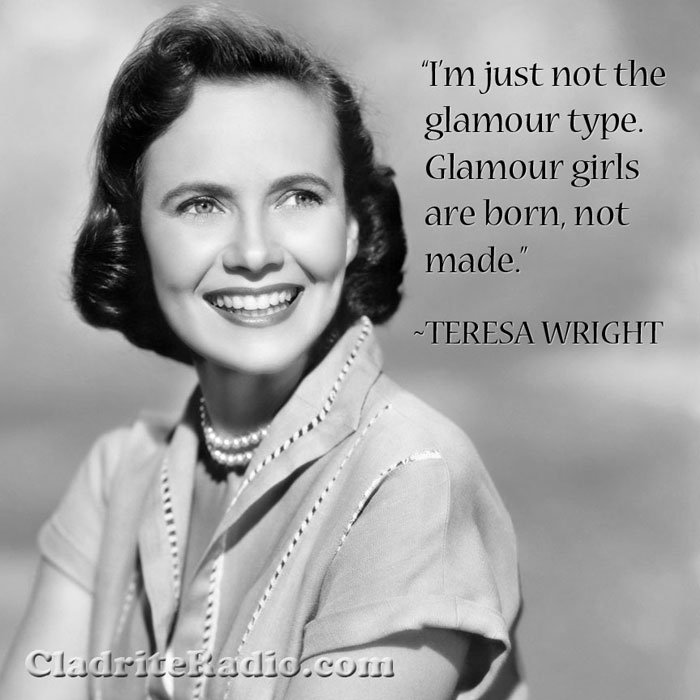 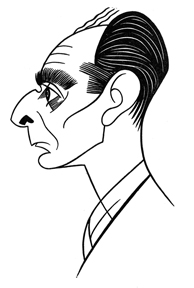 He bites his tongue while writing.
Elmer the Great was his first play. While it was current he made his friends call him “Fanny.”
In the way of drinks his taste runs to any glass that is filled with anything but champagne. Champagne makes him nauseous.
As a newspaper man he worked in crowded offices with people talking and writing all around him. Today he can’t even begin to work if there is anybody else in the room.
He has never murdered anybody. If he does you can lay two to one that the party will be the author of a poem, story or play that is the least bit whimsical.
Occasionally he spends an entire day in a restaurant.
Was once paid five hundred dollars by a pottery concern to make a speech at their annual convention.
His first magazine story was about ball players. He sent it to the Saturday Evening Post. Not only did they buy the story but they encouraged him to write the now famous “You Know Me Al” yarns.
He’d rather be alone than with anybody excepting four or five people. He believes this is mutual.
Was among those who were the guests of Albert D. Lasker on the Leviathan‘s trial trip. While he was on the boat, he never saw the ocean.
Whenever he wants to laugh he goes to see Will Rogers, Ed Wynn, W. C. Fields, Jack Donahue, Harry Watson and Beatrice Lillie. If it is acting that he desires to see he hurries to a play with Alfred Lunt, Walter Huston, Lynn Fontanne or Helen Hayes. Otherwise he attends the opera.
He has flat feet.
Doesn’t care for parties. Unless he is giving them. Because then he can order as often as he likes.
Was fired from the Boston American in 1911. Went back to Chicago, his favorite shooting gallery, and asked the Chicago American for a job. The managing editor inquired: “What was the matter in Boston?” He replied: “Oh, nothing; except that I was fired.” The managing editor said: “That’s the best recommendation you could have. Go to work.”
Is the author of the following books: The Love Nest, What of It? How to Write Short Stories, Gullible’s Travels, The Big Town and a modest autobiography titled: The Story of a Wonder Man.
He can play the piano, the saxophone, the clarinet and the cornet. But not so good.
Has what is called “perfect pitch.” That is, he can tell which key anyone is singing or playing in without looking or asking. Once won $2 at this stunt. It really isn’t an accomplishment he can live on.
He is a passionate collector of passport pictures and license photographs of taxi drivers.
Among the things that annoy him are writing letters, answering the telephone, signing checks, attending banquets, untying the knot in h is shoelace, filling his fountain pen and trying to find handkerchiefs to match his neckwear.
Before he dies he hopes to write a successful novel. Believe he is going to live to a ripe old age.
Begins his stories with just a character in mind. Hardly ever knows what the plot is going to be until two-thirds through with the story.
He dislikes work (except the writing of lyrics), scenes like the Victor Herbert thing in the 1928 Scandals, insomnia, derby hats, beauty marks, motion pictures (excepting those Chaplin is in), dirty stories and adverse criticism—whether fair or not.
The W is for Wilmer.
He was standing at a bar in New Orleans during Mardi Gras time three years ago and a Southern gentleman tried to entertain him by telling how old and Southern and aristocratic his family was. Lardner interrupted the Southerner after twenty minutes of it with the remark that he was born in Michigan of colored parentage.
Recently he offered a cigarette concern this advertising slogan: “Not a Cigarette in a Carload.” They didn’t accept it.
He is noted for sending funny telegrams. One of the most famous is the one he sent when he was unable to attend a dinner. It read: “Sorry cannot be with you tonight, but it is the children’s night out and I must stay home with the maid.”
In this chapter from his 1932 book, Times Square Tintypes, Broadway columnist Sidney Skolsky profiles actress and star of the Yiddish Theatre Molly Picon.

END_OF_DOCUMENT_TOKEN_TO_BE_REPLACED

This week’s Cladrite Clip is taken from Stage Door Canteen, an enjoyable piece propagandistic fluff from 1943 that features the slimmest of plots and literally dozens of cameos from stars of film and Broadway.

To be honest, we prefer its follow-up, Hollywood Canteen, which came out a year later — the celebrity cameos in that picture appealed to us more — but both are entertaining in their way.

To give credit where it’s due, Stage Door Canteen does boast a nice lineup of Cladrite Radio-worthy orchestras. Count Basie, Xavier Cugat, Benny Goodman, Kay Kyser, Guy Lombardo, and Freddy Martin are all on hand to contribute their considerable talents.

In Stage Door Canteen, we follow the adventures of a quartet of soliders (nicknamed, from west to east, California, Texas, Dakota, and Jersey). Though our fighting young men are given a brief furlough in NYC before they ship off to fight in World War II, they spend the majority of their time not taking in the sights of the Big Apple, but trying, each in his own way, to make time with the cute gals volunteering at the titular canteen.

Tex (Sunset Carson) quickly pairs up with Ella Sue (Margaret Early), an Alabama gal whose interactions with Yankee soldiers have left her pining for a Southern gentleman. Jersey’s engaged and manages to get married mid-movie, and California, the callowest of youth, is awarded his first kiss by his canteen hostess, Jean (Marjorie Riordan) — which is expressly against canteen rules, but what the heck — just before he heads off to fight for his country.

It’s around Dakota (William Terry) and his rocky romance with haughty actress/canteen hostess Eileen (Cheryl Walker) that the wispy plot mostly revolves, and it will surprise no one that, in the end, Eileen is fully reformed. She not only falls in love with Dakota, but she gets her big break on Broadway when she’s cast in a play opposite Paul Muni.

But one doesn’t watch either of the Canteen movies for the plot. It’s the musical performances, the patriotism (though it can be heavy-handed at times), and the star cameos that appeal.

Which picture one might wish to start with will depend on one’s tastes in entertainment. Each has its share of movie stars, but if the names Katharine Cornell, Lynn Fontanne, and Helen Hayes make your heart go pitty-pat — if, in short, you’re something of a Broadway baby — Stage Door Canteen is probably the movie for you.

If you’re a movie buff, you’ll want to see both (after all, even Stage Door Canteen boasts cameos by such Hollywood luminaries as Harpo Marx, Ray Bolger, and Katherine Hepburn), but I would suggest seeing Hollywood Canteen first. Its cameos pack a bigger cinematic wallop.