health food Archives ⋆ Cladrite Radio
Skip to content
The fourth chapter from Hollywood Undressed, a 1931 memoir attributed to the assistant of masseuse and health guru Sylvia Ulback, a.k.a. Sylvia of Hollywood (but actually ghost-written for Sylvia by newspaper reporter and screenwriter James Whittaker) includes more tales of Sylvia’s tumultuous tour with actress Mae Murray and a humorous account of actress Alice White‘s role in the ensuing court proceedings after Murray sued Sylvia. 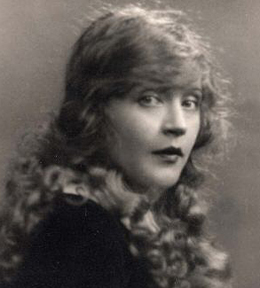 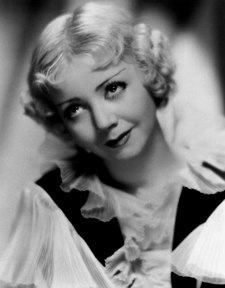 THE rest of Sylvia’s tour with Mae was a succession of squabbles over moneys due and unpaid. Everybody got home alive enough to go to law. This account as well end up as the trial did—with the sensational appearance in court of ###Alice White.
When Alice had first come to Sylvia, she had been as nearly disgusting-looking as so cute a kid can get on a cream-puff-and-chocolate-candy diet. Sylvia had taken her in hand and whacked her into such shape that the first thing a director asked, when an Alice White picture script was submitted, was: “Where is the undressing scene?”
Alice was determined to be Sylvia’s witness. “I’ll be there,” she insisted, “and I’ll bet that judge invites me to testify.”
In the concluding minutes of the trial there was a sudden commotion at the door. Alice had dressed in a costume which showed about as much of her as the law would allow. And she had a corsage of sweet peas on what there was of a shoulder piece to her gown.
Well, those court attachés had never seen anything like it. They opened up an aisle and Alice came down front. Sievers, Sylvia’s lawyer, rose to address the court.
“I don’t know whether this is material and ethical or not,” he said, waving at Alice, “but there has been insinuating testimony to the effect that Madame Sylvia is not expert in her profession, and we have an exhibit here in court in the person of Miss Alice White.”
“Let’s have a look at the exhibit,” piped up Mr. Gilbert, the opposition lawyer.
The judge took a look at Alice and said:
“File the exhibit.”
Well,the legal boys had a lot of their idea of fun. Mr. Sievers asked Alice:
“What is your business?”
“Motion-picture actress.”
Q. How long have you been so engaged?
A. Over two years.
Q. Throughout that time, have you taken massage treatments?
Judge Burnell. What’s the purpose of this?
Lawyer Sievers. It is intimated, your Honor, that Mae Murray claims Madame Sylvia was no good at her job.
Lawyer Gilbert. Well, I object that Miss White’s testimony can’t be anything but indefinite, because we all appreciate that she looks like someone’s good job, but how are we to discriminate between that part of the result which would be attributable to God and those parts attributable to the father, the mother, and the masseuse?
Judge Burnell. Those parties you mention have not been made parties to this action. Even if they were, I doubt whether they would have had you as their lawyer.
Loud laughter in the court.
Judge Burnell went on: “Do you wish the exhibit marked for identification?”
Well, everybody was willing to do the marking, and Alice sort of hitched around in her chair as if to inquire what part of her they wanted to put the seal on.
The judge got gallant. He gave a bend toward Alice, who gave him the eye, and he said:
“Please call this witness back sometime when we have an action that is going to last longer.”
And Alice got up and left, and everybody that wasn’t nailed down got up and tagged after her—so there were only the lawyers and Sylvia around to hear the judgment in Sylvia’s favor.