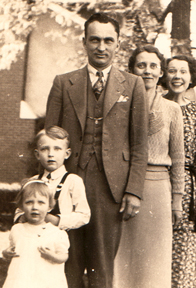 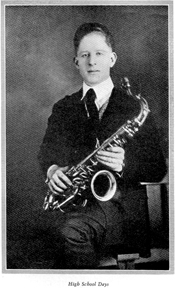 Along Tin Pan Alley the real song writer, in the accepted sense of the word, is he who has not only one or more hits to his credit, but whose mind is continually filled with lyrics and melodies and who can write a song almost at command. Of course it is greater proof of this gift to have five or six or even more successful hits to one’s credit; but the man whose mind is prolific enough to produce one song after another that will be at least moderately successful, if not a terrific hit, is the veteran song writer.
Of course the greatest in the game are the men whose names stand out almost like names in history, such as Irving Berlin, with all his successful waltzes and early fox trots, Walter Donaldson, the Von Tilzers, Victor Herbert, creator of a higher type of semi-classical, popular music, Seymour Brown, Jerome Kern and many others I may have forgotten to mention.
Of recent years there has grown up a group of young men who have twisted the music scale into odd combinations to the satisfaction of their purses and vanity. Benny Davis has the most hits to his credit, Gus Kahn is considered the greatest lyric writer of them all—at least he is the highest paid individual, and his name has appeared on so many song that it is almost impossible to keep count of them. George Gershwin has also written some very clever popular tunes besides his rhapsody, although his popular show tunes have never achieved sensational success. Mabel Wayne, perhaps the only really successful woman writer, has several hits to her credit; while Mary Earl who wrote “Beautiful Ohio” several years ago, seems to have rested on her oars ever since. Marian Gillespie is another not heard from in years.
The clever team of Jimmy McHugh, once a plumber, and Dorothy Fields, daughter of the great comedian, evolved some very fine music for several Broadway productions of the season of 1928-1929, including the year’s hit, “I Can’t Give You Anything but Love, Baby.”
After having written “Dardanella” and left it on the shelf for two years, Fred Fisher was finally persuaded to allow a famous re-write musician to make a beautiful arrangement of it, thus turning it into a really salable piece, and its success was instantaneous and historic. He had written several hits before, but Dardanella was his greatest.
Nearly everyone in the East knows of the fantastic record of three young boys, one of whom for years had displayed his talents in University productions, while another had been a night club wiseacre and the third who had always been a song writer. These three boys, after collaborating on a few tunes for other publishers finally incorporated and their success is the talk of Tin Pan Alley. Within the period of a year Bud De Sylva, Lou Brown, and Ray Henderson not only wrote enough tunes to pay for the building they now own but declared a handsome dividend for themselves at the end of their first year.
Theirs is the outstanding success of the song world, but of course, they are perhaps the most gifted trio of song writers in existence, having to their credit the music of “Good,” “Three Cheers,” “Hold Everything,” “Follow Through,” “Sonny Boy,” “Together,” and many other tunes too numerous to mention.
Two newcomers, Roy Turk and Fred Ahlert, have written three or four successes and can feel very pleased with themselves. Who doesn’t know their “I’ll Get By,” “Mean to Me,” and “To Be In Love, Specially With You?”
I could go on indefinitely.
On the Pacific Coast there are two young men, Herb Brown and Arthur Freed, whose “Broadway Melody” hits, “Doll Dance,” “Pagan Love Song,” “Singin’ in the Rain,” and many other tunes of an instrumental nature have earned them a princely fortune, enough so they can retire at any time.
Other famous west coast and middlewest writers are Isham Jones whose work with Gus Kahn gave us such beautiful tunes as “I’ll See You in My Dreams,” “Spain,” “The One I Love Belongs to Somebody Else,” “It Had to Be You,” and many others.
But I must end my list even at the risk of injuring the feelings of those whom I have not mentioned. I feel the ones enumerated are the outstanding writers, and anyone I may have failed to speak of will forgive me.
Most of these songsmiths are at the time of my writing either on the Pacific Coast, or en route to it or from it, as the creation of sound pictures and the need for music to fit situations in these sound pictures has required the presence of these fertile musical minds. They must be on the spot where, as the picture is rehearsed, they can see more easily just how the song must fit the scene. At unheard of guaranteed weekly salaries, with their royalties from each song sheet and record as an extra bonus, these men have rushed to the Coast with even greater anticipation and hope than did the miners in the gold rush of ’49.