We were sorry to learn Welsh-born stage and film actress Peggy Cummins died at age 92 on Friday, December 29, 2017, in London. She began as a child star and worked in the United States for only a few years, but if she’d played no other role than the sharp-shooting, bank-robbing femme fatale Annie Laurie Starr in Joseph H. Lewis’ Gun Crazy (1950), she’d have made an indelible mark.

As noir expert Eddie Muller said of Cummins in introducing the film on Turner Classic Movies in July 2017, “Peggy’s performance, her Hollywood swan song, would galvanize the Gun Crazy production and earn her lasting fame as the tiniest, but most ferocious, femme fatale in the history of film noir.” 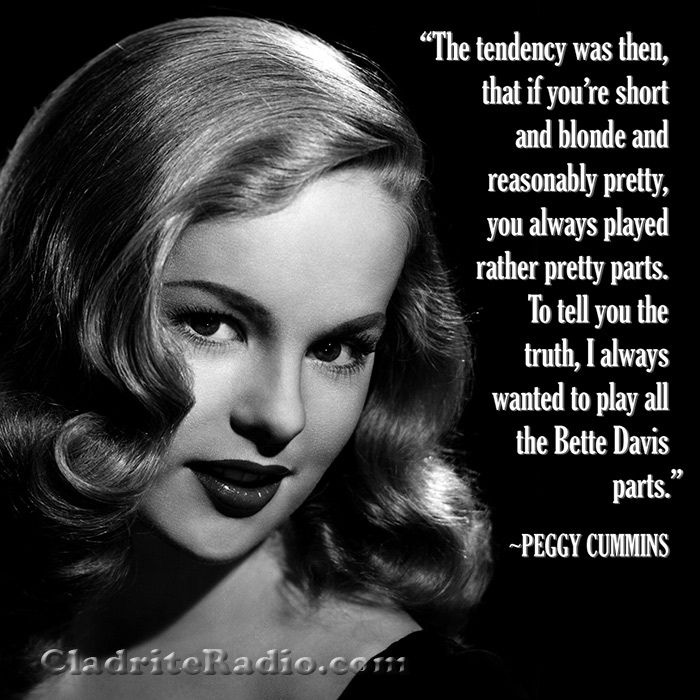