The building on which the sign was painted has since been razed, and we’re not happy about that. We can’t help but hope someone tried to preserve the sign.

Though admittedly, there are not that many spots where such a thing could be displayed, so we’re no doubt kidding ourselves. 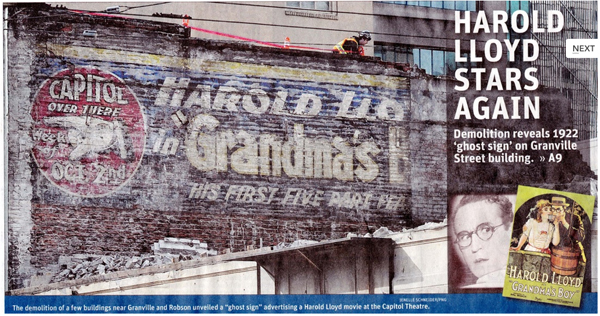 A “ghost sign” for a 1922 Harold Lloyd movie is uncovered in Vancouver (sadly, it’s not long for this world).