Fred Niblo Archives ⋆ Cladrite Radio
Skip to content
Jimmy Starr began his career in Hollywood in the 1920s, writing the intertitles for silent shorts for producers such as Mack Sennett, the Christie Film Company, and Educational Films Corporation, among others. He also toiled as a gossip and film columnist for the Los Angeles Record in the 1920s and from 1930-1962 for the L.A. Herald-Express.
Starr was also a published author. In the 1940s, he penned a trio of mystery novels, the best known of which, The Corpse Came C.O.D., was made into a movie.
In 1926, Starr authored 365 Nights in Hollywood, a collection of short stories about Hollywood. It was published in a limited edition of 1000, each one signed and numbered by the author, by the David Graham Fischer Corporation, which seems to have been a very small (possibly even a vanity) press.
Here’s “Great Directors” from that 1926 collection. 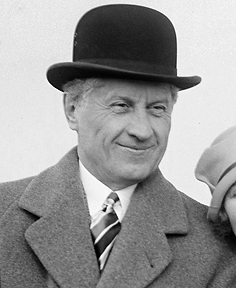 He was a small fellow, with dark hair and olive complexion. He didn’t look it, but he was a director.
It seemed funny—even to him, but he was really a director. (He carried his press notices around in his pocket.)
Hollywood laughed gayly and thought it a good joke. But Ray didn’t care. He was more than a director . . . .
If only Hollywood had known . . . .
Yes, if Hollywood only knew that he—alone—had found the man to finance the picture, got the story and cast together and his staff—and then directed it!
More than that. He also sold it to the releasing concern.
But Hollywood hadn’t heard all this. Perhaps if it had, it would have taken it for a mere boast and laughed anyway. (Hollywood is like that.)
Ray felt mighty big and he thought he was satisfied.
Then one day, a week after the comedy was completed and titled, Ray was at the film laboratory supervising the printing and developing of his picture.
It just happened that the same laboratory was developing one of Fred Niblo‘s greatest films.
(A contrast!)
Mr. Niblo came into the plant. Ray spoke to him. The great director nodded cheerfully. That was his way. He was nice to everyone.
Ray started to tell the great director about his little comedy. Mr. Niblo was interested and congratulated him on his work.
“I’d like to run it for you,” suggested Ray.
“I’m sorry, but right now I’m busy,” was the great one’s reply, and he departed imediately.
Ray stood there reflecting for a few moments, then with a deep sigh, he promised himself:
“All right, you just ask me to see one of your pictures some day, and I’ll be too busy.”