Here are 10 things you should know about Josephine Baker, born on June 3, 1906. Hers was a remarkable life and career. We’re featuring Baker’s music all day today on Cladrite Radio, so tune in now! 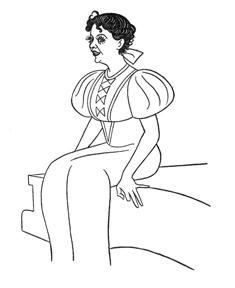 Here’s a fascinating collection housed on the photo site Flickr, comprising passport photos of prominent actors, musicians, writers, and painters in the first half of the twentieth century.

As the collection’s curator, whose handle is “puzzlemaster,” aptly puts it, “The quality is pretty gritty, but I find them interesting, not the least because they are glimpses of these people without their artistic personas showing. Just another traveller submitting to the demands of the state.”

I strongly urge you to check out the full collection via the above link, but here are a few of the photos to whet your appetite. See if you can guess who these four people are (click on the images to see larger versions, with the name and the year the photo was taken).