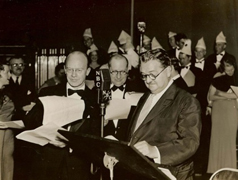 The building was saved from a wrecking ball in 1960 and underwent multi-million dollar renovations in recent years. Today the Isaac Stern auditorium, the main performance hall, seats 2,800.
END_OF_DOCUMENT_TOKEN_TO_BE_REPLACED