Here are 10 things you should know about Dan Duryea, born 116 years ago today. He worked steadily in theatre, television and pictures and in a variety of genres, but it was by playing bad guys in films noir that he made his most indelible mark.

Here are 10 things you should know about Frank Ferguson, born 116 years ago today. The prolific character actor amassed well over 400 combined movie and television appearances over the course of his 37-year career.

Here are 10 things you should know about Adolphe Menjou, born 132 years ago today. A true clothes horse, he all but cornered the market on playing suave scoundrels over the course of his nearly 50-year career. 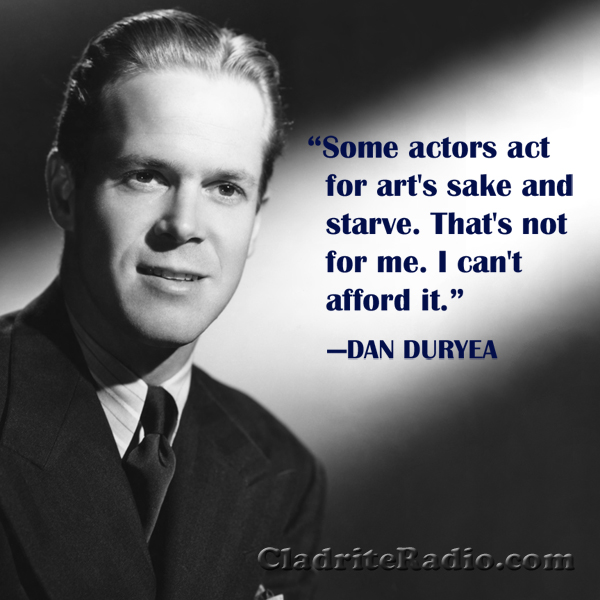