Here are 10 things you should know about Joseph Cotten, born 117 years ago today. He enjoyed success on stage, in pictures, in radio and in television.

Former boy genius and Paul Masson wine pitchman Orson Welles was born 105 years ago today. Let’s face it, any of us would be happy to have left a legacy that included Citizen Kane, not to mention The Lady from Shanghai, The Third Man, Touch of Evil and the rest. 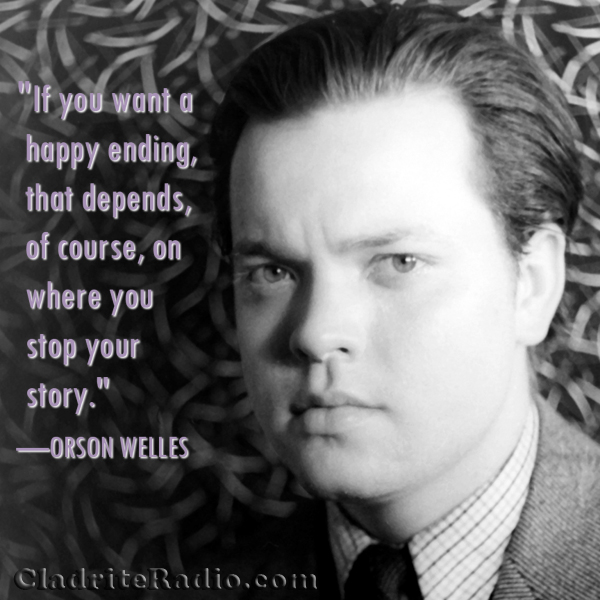 Here are 10 things you should know about Ray Collins, born 132 years ago today. In his 60-year career, he worked steadily in stock theatre, vaudeville, on Broadway, in radio, in films and on television.

Here are 10 things you should know about Agnes Moorehead, born 120 years ago today. Though she’s best known for a TV role, she also enjoyed success on the stage, in radio and in movies.

Blimp, which stars Deborah Kerr and Roger Livesey, ranks as one of the best pictures ever turned out by the team of Michael Powell and Emeric Pressburger, and given the stellar lineup of movies they were responsible for—The Red Shoes, Black Narcissus, A Matter of Life and Death, among many others—that’s saying something.