Here are 10 things you should know about William Holden, born 104 years ago today. The handsome leading man gave the shortest acceptance speech in Oscar history.

Here are 10 things you should know about Whit Bissell, born 111 years ago today. The prolific character actor is remembered by many for his appearances in horror and sci-fi movies, but he was also active in film noir and other genres. 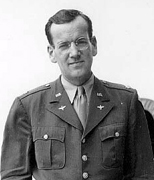