Alice Glaser Archives ⋆ Cladrite Radio
Skip to content
The eighth chapter from Hollywood Undressed, a 1931 memoir attributed to the assistant of masseuse and health guru Sylvia Ulback, a.k.a. Sylvia of Hollywood (but actually ghost-written for Sylvia by newspaper reporter and screenwriter James Whittaker), tells the tale of a run-in over Sylvia’s services between actresses Ina Claire and Alice White. 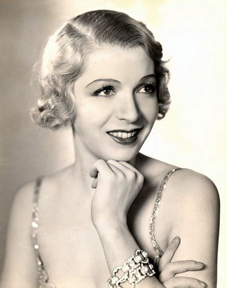 , our old reliable booster, was the messenger. She was on the phone with the S O S: “Ina Claire has to be taken down ten pounds in three days. Come and do it!”